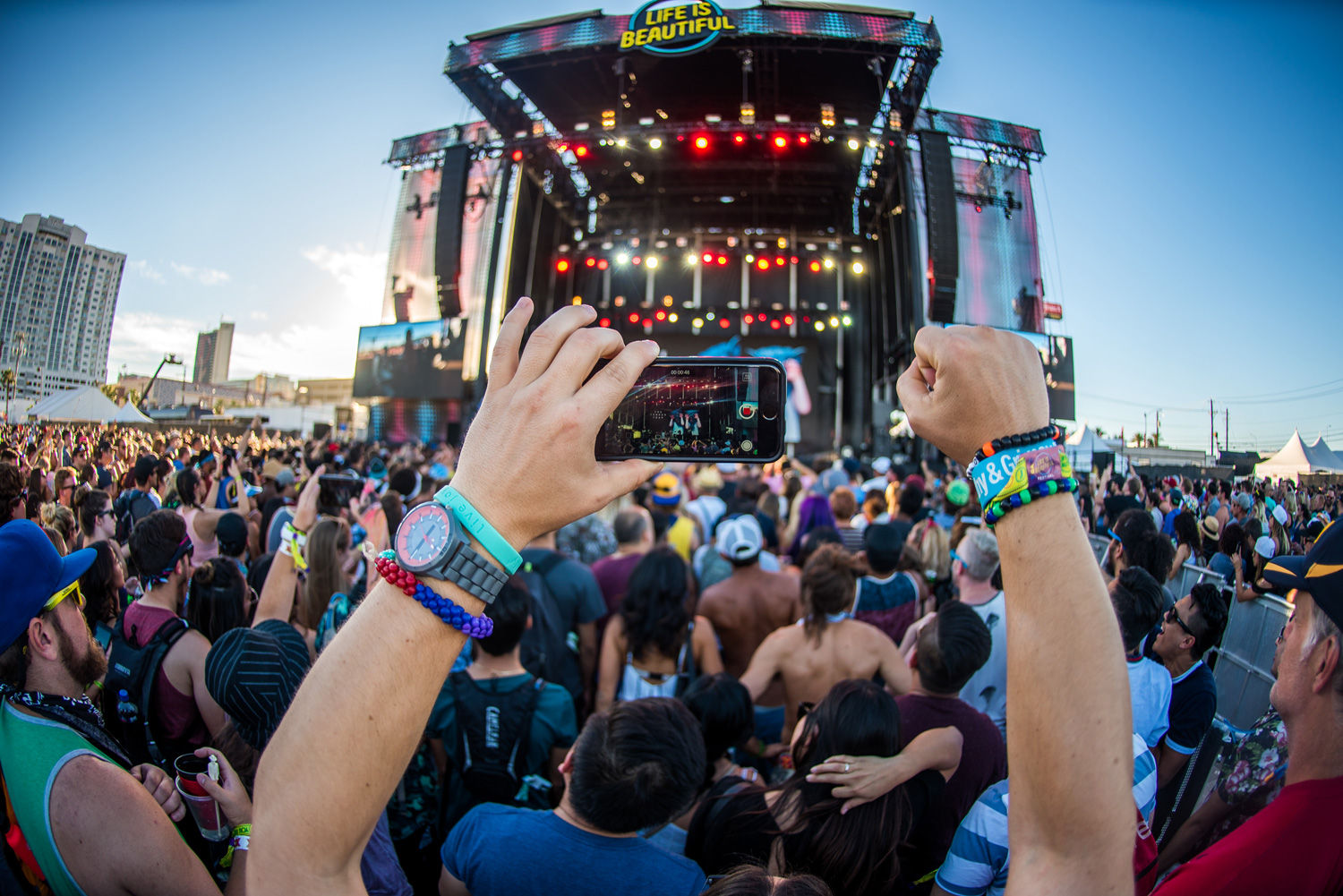 In its fourth year, Life is Beautiful once again created the perfect block party vibe. With entertainment options ranging from eye-catching performances by Cirque du Soleil and comedy sets at the Kinland House to interactive body art marbling and inspiring talks during the “Ideas” speaker series, the team behind the festival once again proved the event was much more than just your average music festival.

Day two kicked off with an enlightening conversation from RuPaul Charles, the mastermind behind Logo’s “Drag Race” and “Drag Race All-Stars,” at the Troubador stage. He encouraged the crowd to embrace their “sweet, sensitive souls” as they go through the adventures life has to offer.

On the music end, Saturday proved to be the festival’s star. the Ambassador stage shined with performances from international superstars including Bob Moses and Crystal Castles. South African-duo Die Antwoord stole the show with an insanely high-energy performance that was both a visual spectacle and easily the weekend’s best dance party.

For the bass heads, the Troubadour stage, organized by Insomniac, was the place to be with wobbly sets by Spag Heddy, Seven Lions, Excision, Snails and Bassnectar among the bill. Over in the northwest corner of the festival at the Downtown Stage, Leon Bridges stunned the audience with his soulful vocals and Empire of the Sun delivered a satisfying performance featuring over-the-top costumes and props.

The weekend closed out with notable performances from rockers Third Eye Blind, Jimmy Eat World, and The Lumineers. But Sunday night was positioned to be one of the best for dance music fans with main stage sets by Chromeo, Flume and Major Lazer. The party continued at the Troubadour, where AlunaGeorge performed hits including “Automatic” and “White Noise.” The EDM-fueled stage closed out the festival with a groovy house set by Duke Dumont.

Fans of Life is Beautiful Music & Arts Festival can mark their 2017 calendars as the event announced dates for its fifth-year return to Downtown Las Vegas on Sept. 22-24, 2017. The organizers released a small batch of presale passes, which have since sold out. For more information on next year’s event head to lifeisbeautiful.com.