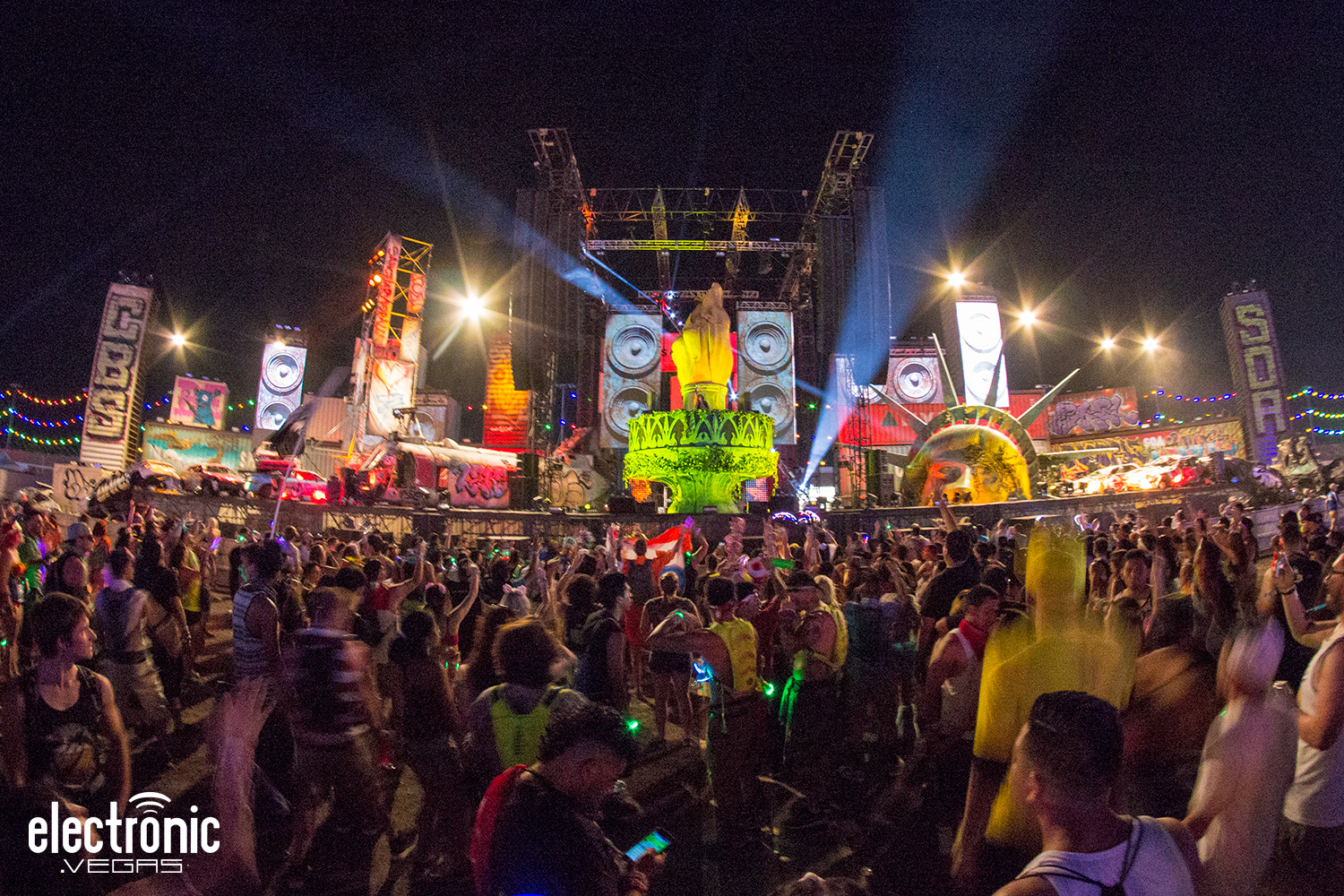 Although almost nine months remain — enough time to conceive and birth a child — before Electric Daisy Carnival (EDC) returns to Las Vegas, tickets for the 20th annual celebration go on sale to the public this Monday.

Set for June 17, 18, and 19, 2016, here are some tips to help your EDC ticket purchasing experience go as smoothly as possible.

This is the earliest EDC Vegas tickets have ever been available to the public, and it’s mainly to avoid a new government-imposed live entertainment tax (more on that below). Be ready to purchase passes right as the clock strikes noon (1 p.m. MT/2 p.m. CT/3 p.m. ET) for the best pricing. As in past years, no single-day tickets will be sold.

EDC is an 18+ event and tickets will be sold through FrontGate Tickets (a Ticketmaster company). Follow this link to purchase tickets.

Lawmakers have imposed a new live entertainment tax (LET) on all major events in Las Vegas, including EDC. The 9% tax, which will start being collected on Oct. 1, adds an additional $31.95 for general admission passes and $62.91 on VIP passes. This is charged in addition to ticket processing fees.

3. Early Owl GA tickets start at $335 before increasing to a maximum $355, not including taxes and service fees.

We can remember buying passes just a few years ago for less than half this price. But with bigger production and higher compensation demands from talent comes naturally higher ticket prices.

Passes will have three “tiers” of pricing this year. The tiers don’t represent the type of ticket or amount of access you’ll have (all GA tickets are the same, all VIP tickets are the same), but instead reward fans for buying early. The cheaper tickets will sell-out extremely fast so don’t be surprised if you’re only able to see tickets at the “Later Owl” price just seconds after 12 noon.

A per-order handling fee of $8.50 will also apply.

4. Layaway plans are available. And you can still avoid the LET tax.

Layaway plans allow you to split up your purchase into five smaller payments. If you make your first payment before Oct. 1, you will NOT be charged the live entertainment tax. Layaway plans do end up costing more in the long run as they’re subject to a non-refundable $30 fee per order in addition to the $8.50 per-order fee charged for all ticket purchases.

If you stop paying on your layaway plans, you’ll also be charged a fee of $40 per order. This aims to deter fans from signing up for plans only to later change their mind and default on the ticket. More on ticketing in this handy FAQ.

5. Shuttle passes can be added to ticket purchases.

In past years shuttle passes had to be purchased later, but they’ll be offered at on-sale this year. An extra $90 ($15 per trip) will get you access to official EDC shuttles, picking up from six locations around the Las Vegas Strip and Downtown/Freemont Street and taking you to the Las Vegas Speedway (and back). This is one of the easier ways to get to and from the venue as traffic from personal vehicles and taxis can be a real nightmare.

6. For more convenient arrival and departure by car, purchase a premier parking pass.

Like last year, premier parking passes can again be purchased. These passes give you access to parking right next to the venue entrance. Note that you MUST arrive via Las Vegas Blvd. (NOT I-15) to access this entrance.

The other parking lots are FREE for attendees, but vehicles parked in any lot between 10 a.m. and 4 p.m. will be towed. And no, you can’t sleep in your car. It’s against the rules and you’ll melt in the Vegas heat.

7. Rent a locker to secure your valuables.

The last thing you’ll want to do is carry around a bunch of stuff with you all day/night. Lockers are available to rent throughout the festival and in addition to a safe place to store your personal items, they also provide phone charging connections inside each locker. Pricing information is not yet available.

But really, the desert is hot, dry, and rather unforgiving in June. Hydration is important in our everyday life, but remember to especially concentrate on taking care of yourself while dancing for three (or more) days in the Vegas heat.