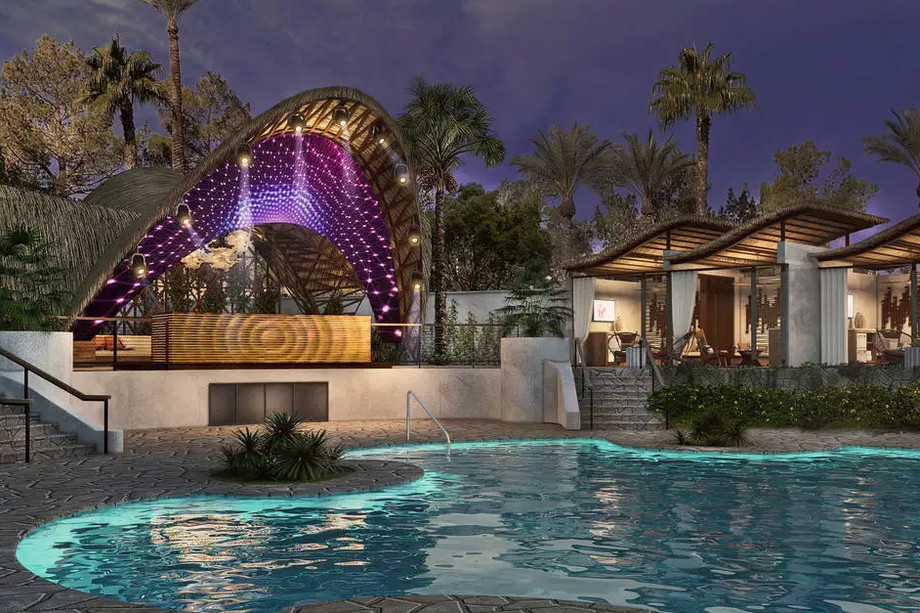 The land that birthed the modern pool party scene in Las Vegas will soon be home to the city’s newest dayclub in June.

Élia Beach Club will debut on June 10 at Virgin Hotels and will be a new go-to spot for house music.

Virgin opened last month after several COVID-related delays. The resort was formerly branded as Hard Rock Hotel prior to closing for renovation in early 2020.

Hard Rock’s “Rehab” dayclub (and the MTV series of the same name) operated from 2004 to 2018 and was instrumental in making Vegas famous for pool parties.

Different from its predecessor and competitors, Élia (pronounced ee-LYE-uh) will take a more relaxed approach for its musical programming and overall vibe. The name is a nod to Élia Beach in Mykonos, Greece.

Expect to mostly hear deep house, tropical house, and world house at this venue. No specific performing artists have yet been announced.

No word yet if the pool’s floor will be intentionally sand-covered like Rehab’s.

Élia Beach Club will be open Thursday through Sunday for both daytime and nighttime events.