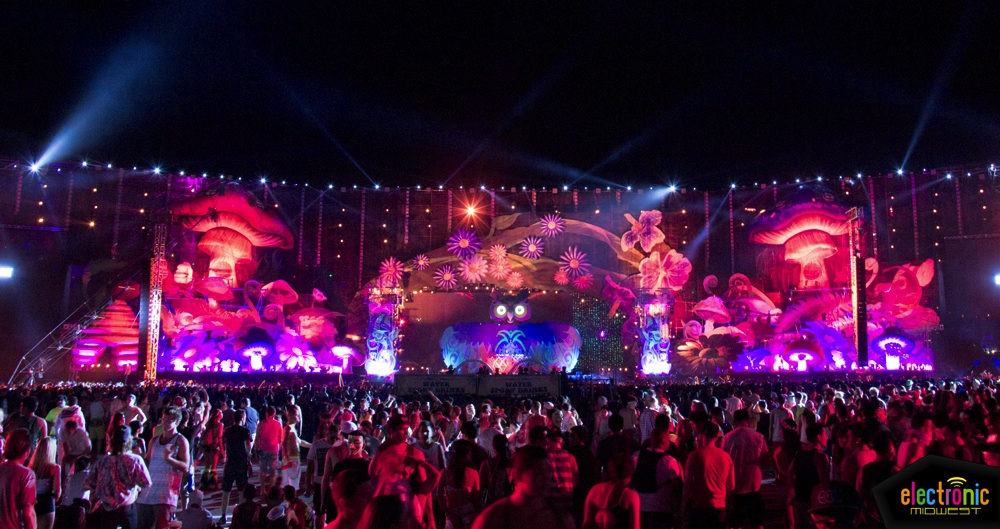 In the ongoing EDM festival production arms race, it’s all about who can create the most dazzling designs and effects.

The Las Vegas Motor Speedway has been physically transforming itself over the past several weeks, but organizers have kept much of the process secret this time around. In years past they’ve released photos of the construction and even a build video illustrating the progress.

Insomniac CEO Pasquale Rotella often speaks to the importance of the fan experience over all else, and tonight that emphasis is more evident than ever.

The EDC 2013 main stage (Kinetic Field) alone is stunning. A giant wide-eyed owl — spanning 420 feet — serves as the centerpiece and is surrounded by three dimensional daisies, mushrooms, and other foliage. A light effect-filled backdrop provides added visual stimulation, but the design is an impressive change of pace from the typical LED screen-focused stages we’ve seen in years past — a change that adds a certain element of character.

Almost all of the other stage design are new this year, including the 180-degree Basspod stage, the LED-tiled Cosmic Meadow, and the haunting Basscon stage.

Here’s a look at the stage designs at this year’s event, some taken before crowds arrived.