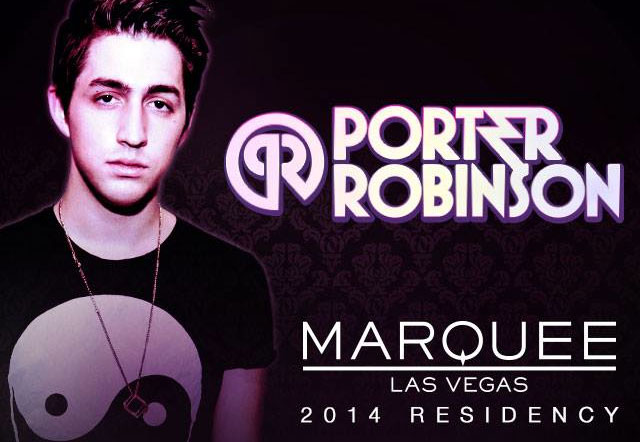 Porter Robinson — who’s risen to fame in recent years with massive tracks like “Language” and “Spitfire” — today revealed he’s signed a deal placing him as a resident DJ at Las Vegas’s Marquee Nightclub and Dayclub for 2014.

The 21-year-old producer is putting the finishing touches on his latest album and announced on Facebook today that he’s planning a tour “featuring a totally new kind of live show” upon the record’s release.

“Marquee will be one of the few places to see my classic style of DJ set,” he said.

Robinson previously told Billboard that his new album will be different than what he’s released in the past and won’t follow the current “EDM” trends.

“It lives more in the alternative space than in the dance world.”

Marquee is housed within the Cosmopolitan Casino and Resort in the heart of the Las Vegas Strip. Host to both nighttime club events and daytime pool parties, other featured Marquee artists include Dash Berlin, Chuckie, Sander van Doorn, and Carnage.