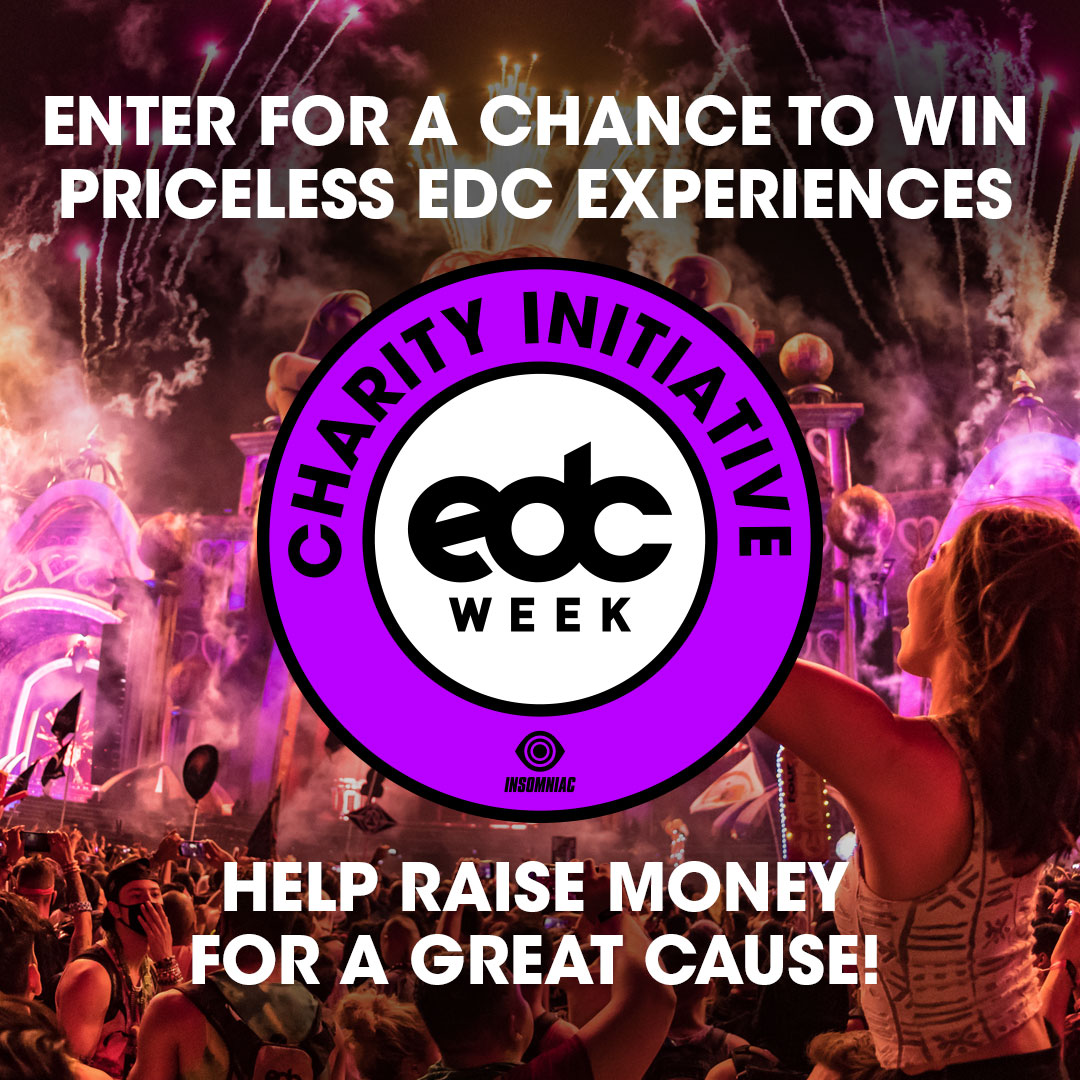 This year’s fundraiser will benefit Communities in Schools of Southern Nevada. Now through May 3, fans have the chance to win a variety of exclusive EDC experiences by either purchasing tickets in a raffle-style sweepstakes or bidding on auction items at givesurreal.com/edc2019.

The sweepstakes option is new this year, with each winner being chosen at random. Tickets start at $5, with each ticket purchase increasing one’s chances of winning. Sweepstake packages include meet and greets with top artists, helicopter rides, and skip-the-line carnival ride passes (see full list below). EDC tickets, round-trip airfare, and hotel/camping accommodations are included in each sweepstakes package.

Auction bids start at $20 and packages up for grabs include artist meet and greets, a personal backstage trailer, art car ride-a-longs, an EDC Week all-access pass, a “Kinetic Honeymoon” on-stage wedding proposal package, and more (see below for full details).

“We created the Charity Initiative as a way to give back to our Las Vegas community while also giving our ‘Headliners’ the chance to experience EDC in a way very few people ever have,” said Pasquale Rotella, Insomniac Founder & CEO.

“Communities In Schools is an organization that provides a crucial network of support for families and helps ensure kids have all the tools they need to graduate and pursue their dreams. Their commitment to strengthening and uplifting their community is inspiring, and I’m honored to partner with them for this year’s event.”

Electric Daisy Carnival returns to the Las Vegas Motor Speedway May 17, 18, and 19. A limited amount of EDC 2019 tickets are still available.