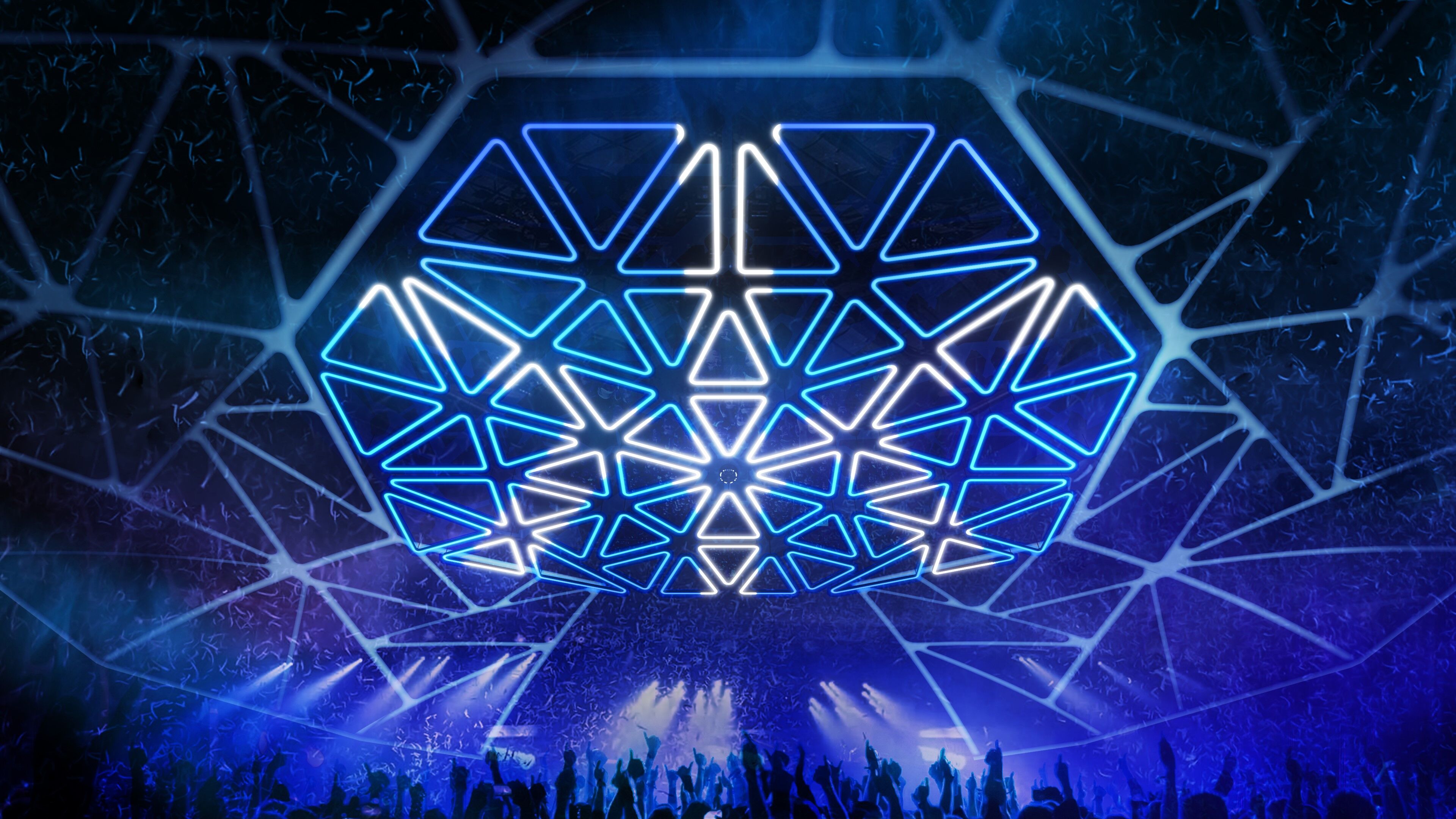 Hakkasan Nightclub will debut a new immersive light-grid ceiling installation during this year’s EDC Week, set for May 15-22.

Aptly named the “Hakkasan Grid,” the installation will be the largest permanent kinetic light installation in the United States. Controlled by custom software, the 30-foot centerpiece is made from 57 four-foot triangles and can physically transform into infinite shapes and colors to match the music and energy of the nightclub.

Controlled by custom software, built-in pixel-mapping and color-mixing technologies allow for images and patterns to flow seamlessly across the triangle collective both individually and collectively. Each triangle was custom designed and 3D-printed with the help of German design firm Whitevoid and their in-house brand Kinetic Lights. 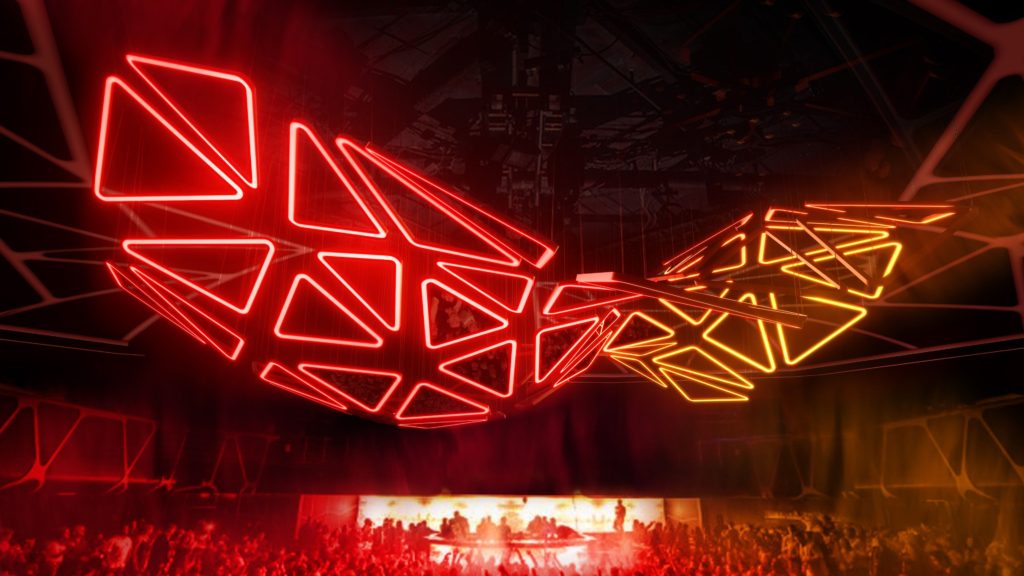 “The nightlife industry requires constant evolution and excellence, and we pride ourselves on consistently rising to this challenge and providing our guests with unforgettable, transformative experiences,” said James Algate, executive vice president of entertainment at Hakkasan Group.

“We’re thrilled to yet again push the boundaries of nightlife with the new Hakkasan Grid. We’re confident that guests will be blown away by this futuristic, multisensory experience we’ve created.”