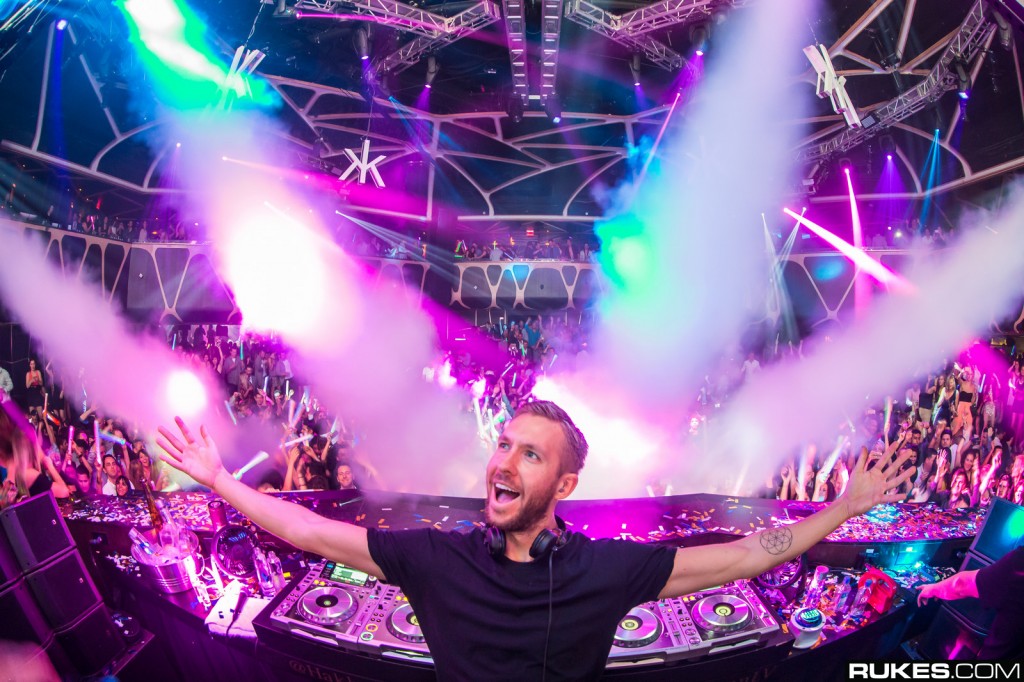 Calvin Harris is rumored to be leaving his lucrative residency at MGM’s Hakkasan Nightclub in favor or an even higher paying gig at Caesars Palace, according to reports by the Las Vegas Sun.

The megastar producer and DJ — born Adam Richard Wiles — is “reliably said” to be signing a new two-year agreement as resident headliner for the yet-to-be-named nightclub (UPDATE: The venue will be named Omnia Nightclub) inside Caesars Palace, part of a near $100 million renovation of the former Pure Nightclub space set to open Spring 2015.

The residency jump still keeps Harris within the Hakkasan family as the two nightclubs are both managed by Hakkasan Group (formerly Angel Management Group).

Hakkasan Group is also reportedly taking over the existing Shadow Bar at Caesars, converting it into the “Harris hangout.”

Harris is scheduled to bid 2014 farewell while performing at Hakkasan’s New Year’s Eve celebration on Dec. 31.

Harris topped Forbes magazine’s “Highest Paid DJs” list for the second year in a row, with an estimated annual income of $46 million. His Hakkasan residency alone reportedly netted him nearly $11 million each year.