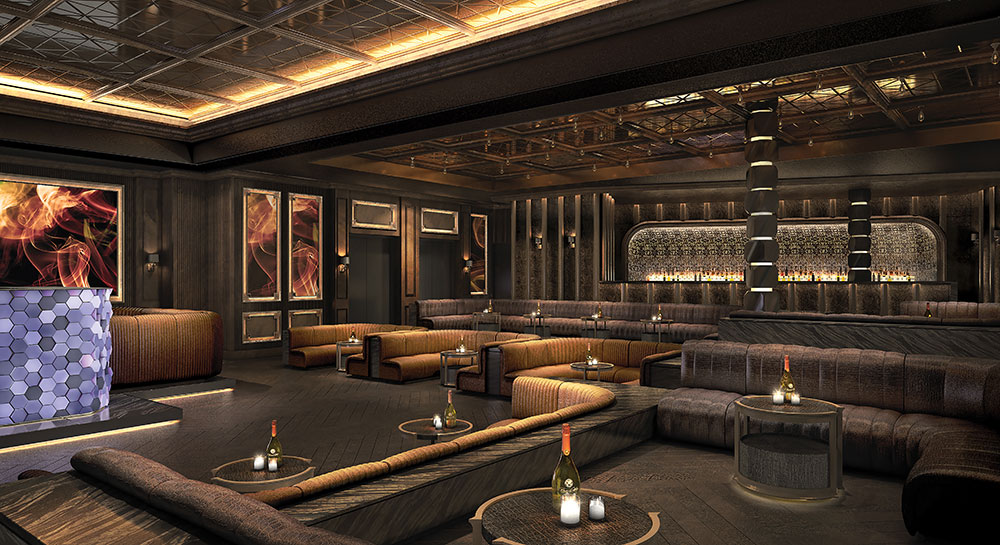 Hakkasan Group has announced its first ultra-lounge concept, Heart of Omnia, will open on March 13 alongside the new Omnia Nightclub at Caesars Palace.

Heart of Omnia is described as a “dark, plush, and intimate space highlighting a rich and sultry material palette that plays on masculine and feminine design elements.” Positioned next to the nightclub’s entrance and adjoining the main club, Heart of Omnia will serve as a lounge for VIP guests and swanky waiting area for those waiting to be seated at tables. Similar to Hakkasan’s Ling Ling Club, Heart of Omnia will also feature a separate soundtrack from the main nightclub. The open-format talent list includes DJ Ruckus and Rev Run, Questlove, DJ Irie, DJ Jazzy Jeff, D-Nice and Eric D-Lux, and DJ Five.

The VIP destination is owned and operated by Hakkasan Group with assistance from The h.wood Group, previously acquired by the global hospitality company last June.

“We welcomed The h.wood Group to the Hakkasan Group family last Spring with the intention of joining our teams to deliver new concepts and unmatched offerings for our guests,” said Nick McCabe, President of Hakkasan Group in a press release. “Heart of OMNIA is an exciting project for us as it combines the knowledge and talents from both our companies. We are thrilled to unveil this next level premiere ultra-lounge concept to the Las Vegas market as it truly will be a unique experience.”

Omnia Nightclub at Caesars Palace will open on Thurs., March 12 and will kick off with a two-night run with Calvin Harris in the DJ booth.