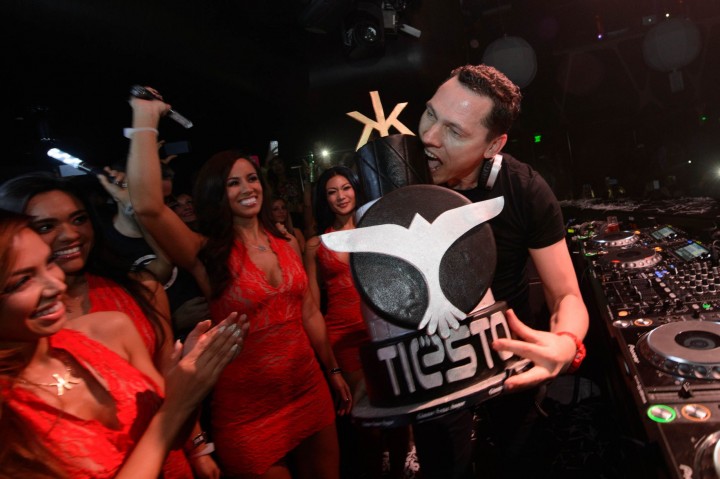 Calvin Harris and Tiesto each celebrated birthdays this weekend immersed among their elements — behind the decks at Hakkasan Nightclub inside the MGM Grand Hotel and Casino.

Harris, who turned 30 and played a set at Hakkasan on Friday, was presented with a stunning four-tiered cake, complete with artwork from his “18 months” album as decoration.

Meanwhile, crowds gathered across the street to enjoy a surprise midnight fireworks show to commemorate Tiesto’s birthday, also on Friday.

Tiesto, who turned 45, continued the party in the booth with Harris and later performed a set of his own on Saturday night.  He was presented a cake of his own, which included his iconic bird-clad logo.

Spotted in the crowd for the celebrations were celebrities Nick and Joe Jonas, Scott Eastwood, Jeremy Irvine, and Miguel.