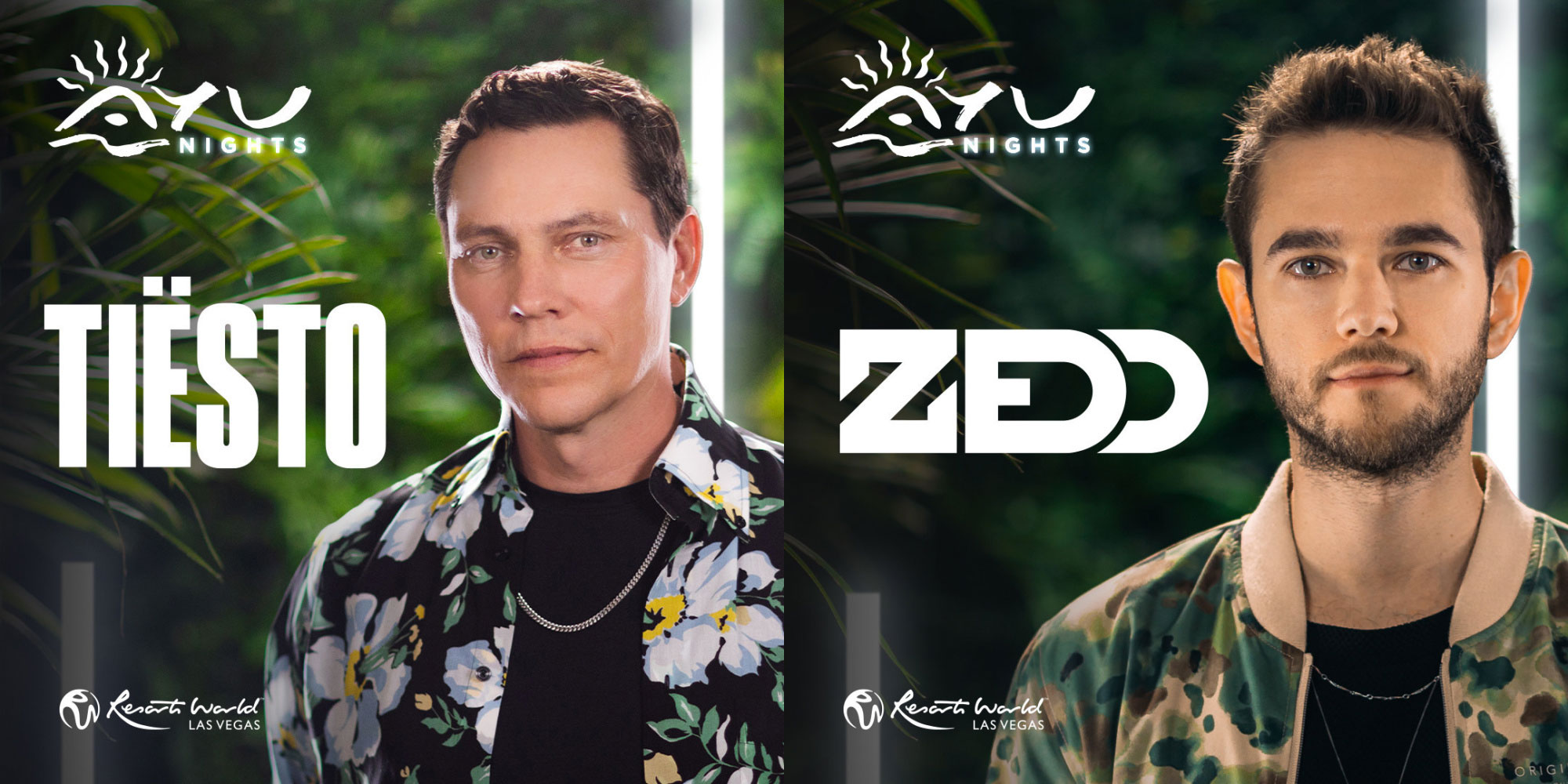 Zouk Group has revealed the initial performance dates for Zedd and Tiesto‘s residencies this summer at Zouk Nightclub and AYU Dayclub at Resorts World.

Both artists will make their debut performances on Sat., July 3 during the Fourth of July weekend (see first batch of dates below).

Initially, only AYU Dayclub will be utilized for both daytime and nighttime events. The venue will be open Thursday through Saturday. No word yet when Zouk Nightclub will open its doors.

The cost of admission will be some of the highest found in Las Vegas. General admission tickets start at $75 for ladies and $100 for guys. Table service minimum spend requirements range from $3,000 for a daybed up to $30,000 for an on-stage table.

Earlier this month, Zouk Group confirmed rumors that Zedd and Tiesto would migrate their Las Vegas residencies from Hakkasan and Omnia to the new Resorts World venues. Both artists have signed three-year contracts.

Resorts World is rumored to have a full list of chart-topping artists who will take up residencies at other venues throughout the resort.

Other artists expected to be announced soon include Celine Dion, Carrie Underwood, and Luke Bryan.

When Resorts World opens in late June, it will be the first new resort to debut on the Las Vegas Strip since the opening of the Cosmopolitan in 2010.

Zouk is a prominent nightlife brand in Singapore and Malaysia, and the expansion to Las Vegas marks its first foray into the US market. In addition to Zouk and Ayu, Zouk Group will also operate social gaming bar RedTail, as well as FUHU, a high-energy restaurant with sharable food and giant beer pong.