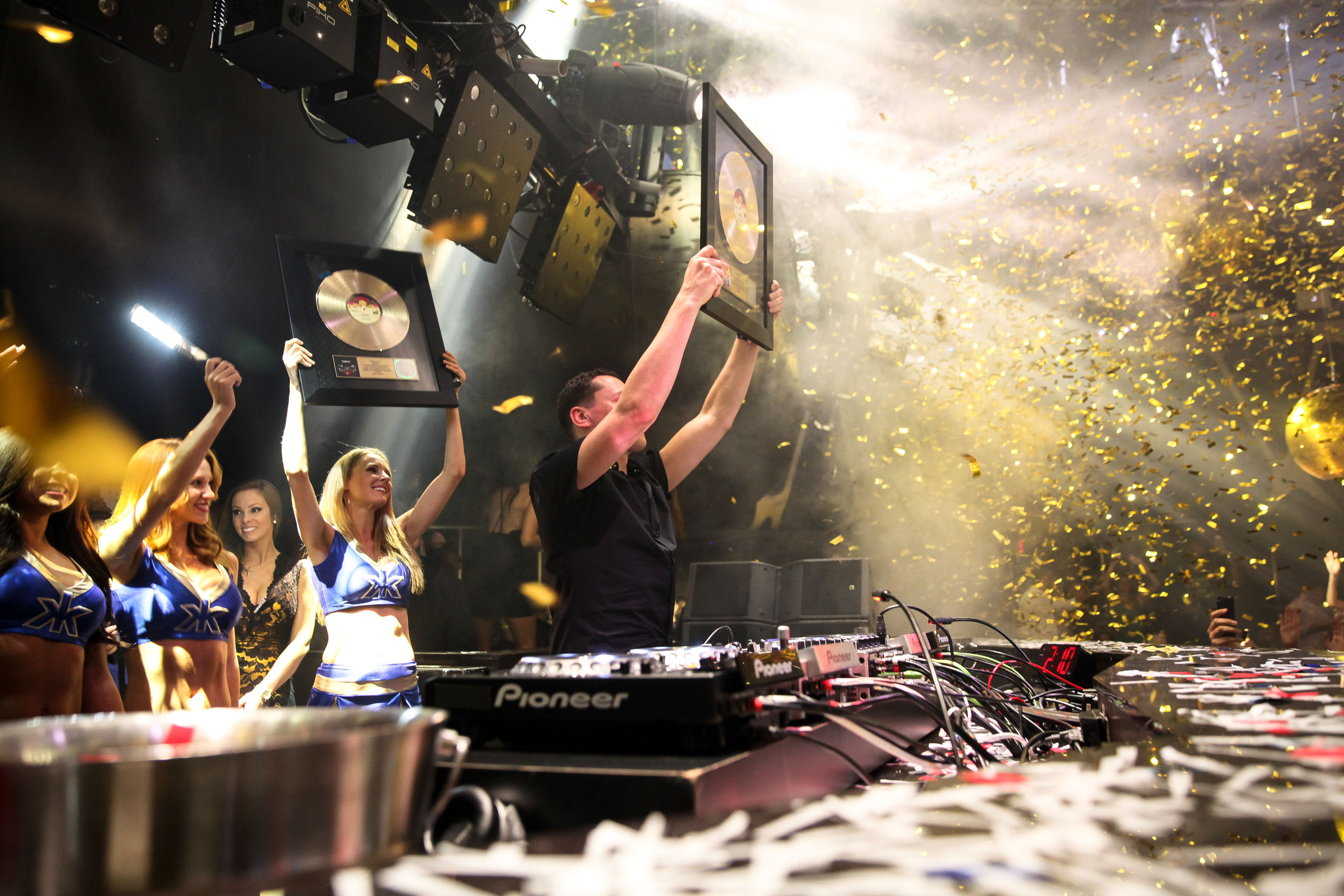 Hakkasan resident and frontman Tiesto celebrated the success of his two latest singles at a special Gold Party edition of his Club Life series on Friday night at the MGM Las Vegas hotspot.

In addition to his usual routine manning the DJ booth amidst thousands of weekend partiers, Tiesto was also presented with two gold plaques by representatives of Casablanca Records.

This is the first time a Tiesto single has been certified Gold by the Recording Industry of America (RIAA). The two singles — “Wasted” featuring Matthew Koma and “Red Lights” — have both racked up over 500,000 in digital sales.

The night was filled with plenty of gold confetti and a special appearance by fellow producer and Hakkasan resident Afrojack.