Video: The making of the EDC Las Vegas main stage 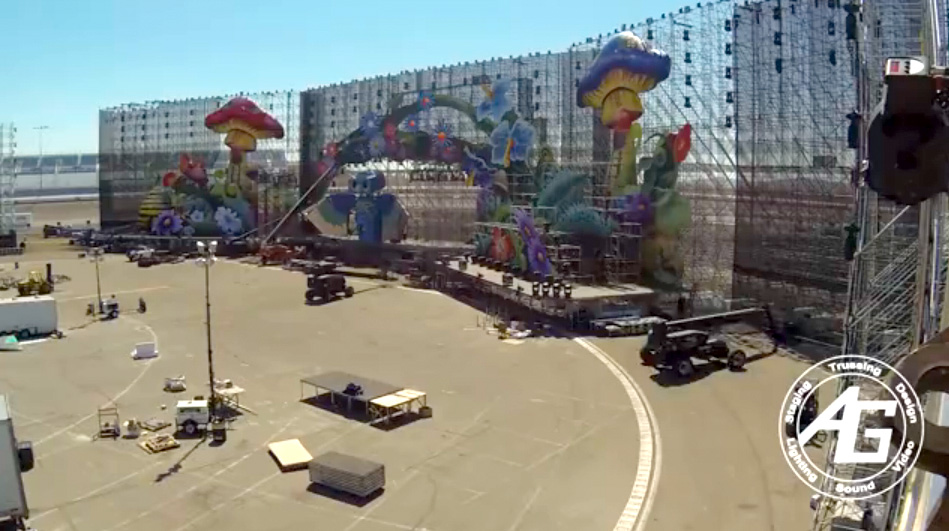 This year’s EDC Las Vegas was one to remember for many reasons, but seeing the main stage for the first time was a true “wow” moment.

Beyond the beautiful design and colors, the stage is being called the largest in the world, spanning over 400 ft. wide and 100 ft. tall.

Since the design and construction of the stage was kept secret prior to the gates opening, Insomniac didn’t release a “build video” like typically done in the days leading up to larger festivals.

But today ASK Media Productions released a time lapse video with an exclusive look at the construction of the main stage during the weeks leading up to EDC Las Vegas on June 21-23, 2013.

Here’s a look at what happened behind the scenes before the gates opened and the magic began: