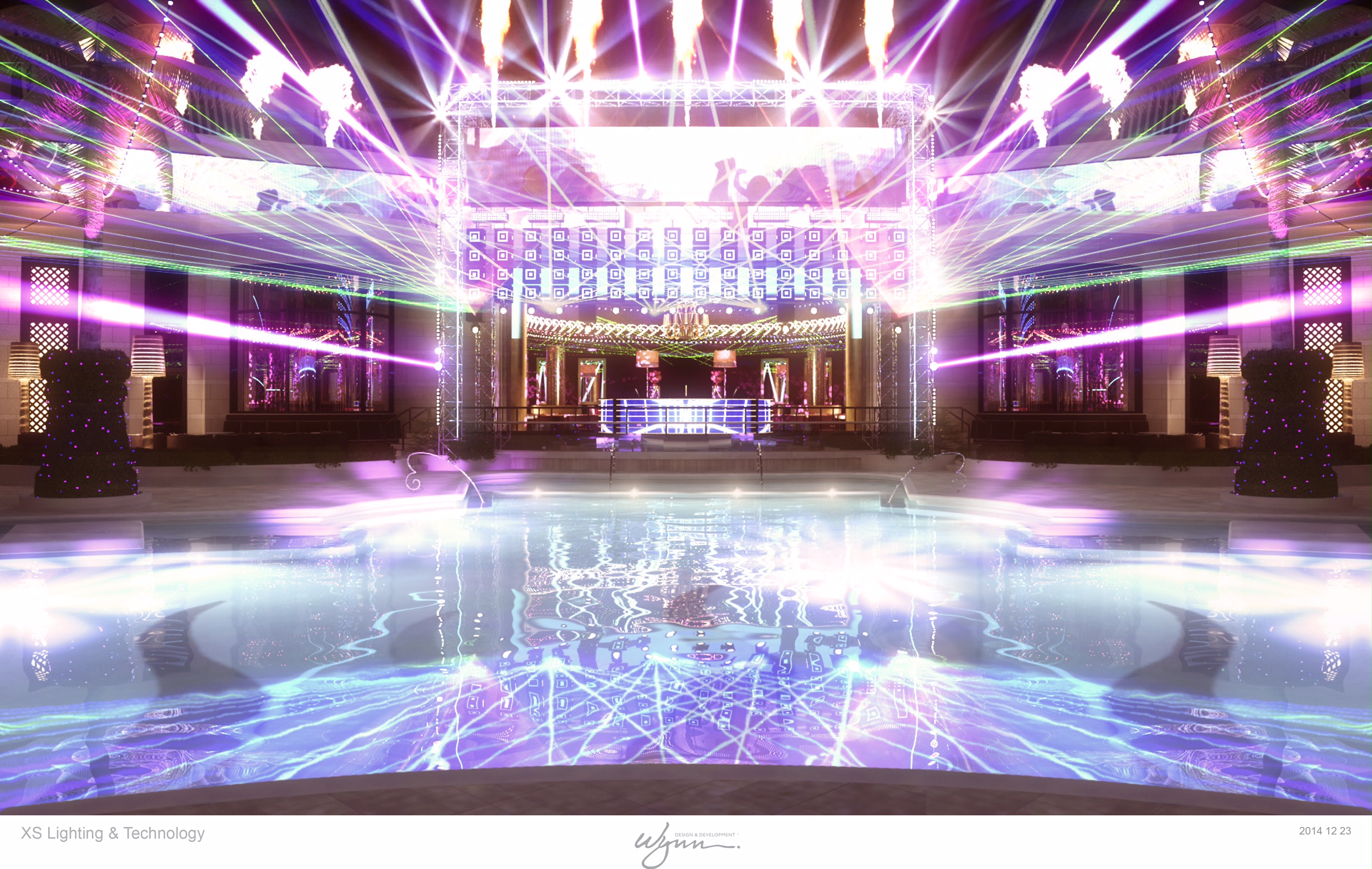 XS Nightclub, one of the pioneers of the Las Vegas dance music movement, has announced the completion of a $10 million production redesign. The new look was unveiled during New Year’s Eve festivities at the nightclub, part of the Encore/Wynn property.

Improvements include a new flame and pyrotechnic system, a new DJ booth surrounded in 14,000 LED lights, a projection-mapped kabuki drop in front the DJ booth, LEDs covering the entire club, video screens outside of the club, and additional special effect lighting in the outdoor pool area and throughout the sprawling nightlife destination. Marquee-style LED string lights floating from the palm trees above the pool also create a dazzling reflection (pictured above).

“We are excited to be able to deliver production elements that will elevate the guest experience and far surpass the expectations of a nightclub,” said Jesse Waits, managing partner of XS and Tryst Nightclubs, in a press release.

“We have been diligently working to add the most up-to-date technology in our venues, while maintaining the sophistication and unobstructed layout that XS is known for — what we have created is a unique and spectacular visual experience without sacrificing any of the existing elements that our fans know and love.”

The improvements are a welcome addition for XS, which had started to show its age (in technology at least) amidst shiny new competitors like Hakkasan, Light, and LiFE.

Check out the video for a closer look at the renovations: