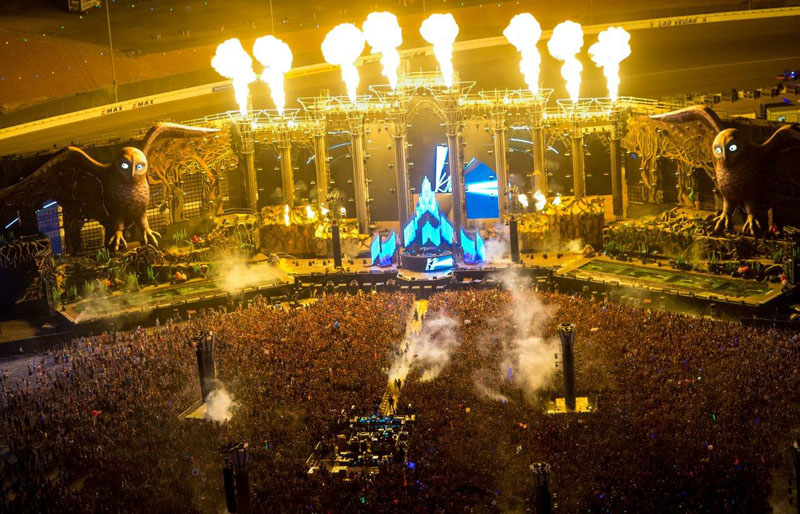 Shuttle stops and schedules for EDC Las Vegas 2015 are now available on the Ticketmaster website.

Official shuttles will pick up from popular Strip hotels Mandalay Bay, Excalibur, MGM Grand, MGM Resorts Village, Aria, The Cosmopolitan, The Linq, and Circus Circus, to transport fans to and from the Las Vegas Motor Speedway. An additional shuttle will also pick up from Freemont Street for those staying in downtown area hotels.

Most shuttles will transport TO the Speedway with hourly pickups from 6 p.m. until 1 a.m. and FROM the Speedway from 2 a.m. to 7 a.m. See the shuttle schedule below for the full schedule.

EDC 2015 shuttle passes are expected to run $90 for a three-day pass (via Ticketmaster) and should be available soon.

While these are the official Insomniac-organized shuttles, there are a number of third-party shuttles available as well but reliability and timeliness can vary greatly among those. Even Insomniac’s shuttles have sometimes struggled to keep up with traffic and demand in past years.

UPDATE: JusCollege will also run their own shuttles with four pickup locations. Those three-day bus passes are $69.

If you choose to drive to the Speedway instead, both free and paid ($160) premier parking will be available this year.