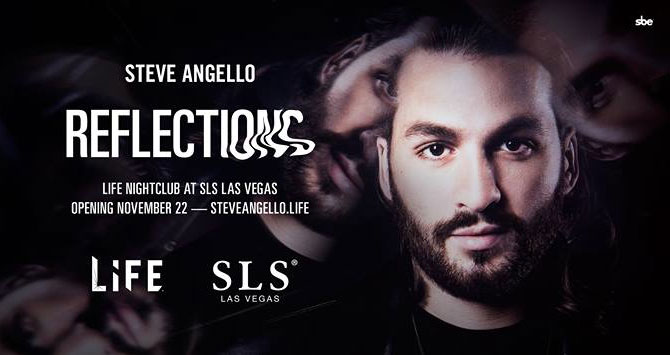 Steve Angello is the latest DJ and producer to join the LiFE Nightclub roster. The multi-platinum selling Swedish producer and DJ will unveil “Reflections,” a new “hypnotic” visual experience at the residency launch on Sat., Nov. 22 at SLS Hotel and Casino.

Angello and LiFE promise to deliver an experience unlike anything else in Vegas while allowing Angello to exhibit his artistic talent beyond music production.

“‘Reflections’ is a new concept that I have created with my team at SIZE & Rebels. Our vision was to create an experience that will reach worldwide,” said Angello in a press release.

“This is something no one else has done in Las Vegas and it’s important that we keep the creativity moving, otherwise we’re just another name on a billboard with a date at a club.”

The former Swedish House Mafia member previously held a residency deal with Wynn’s XS and Encore Beach Club properties. In addition to touring, Angello is expected to release his next album Wild Youth next year.