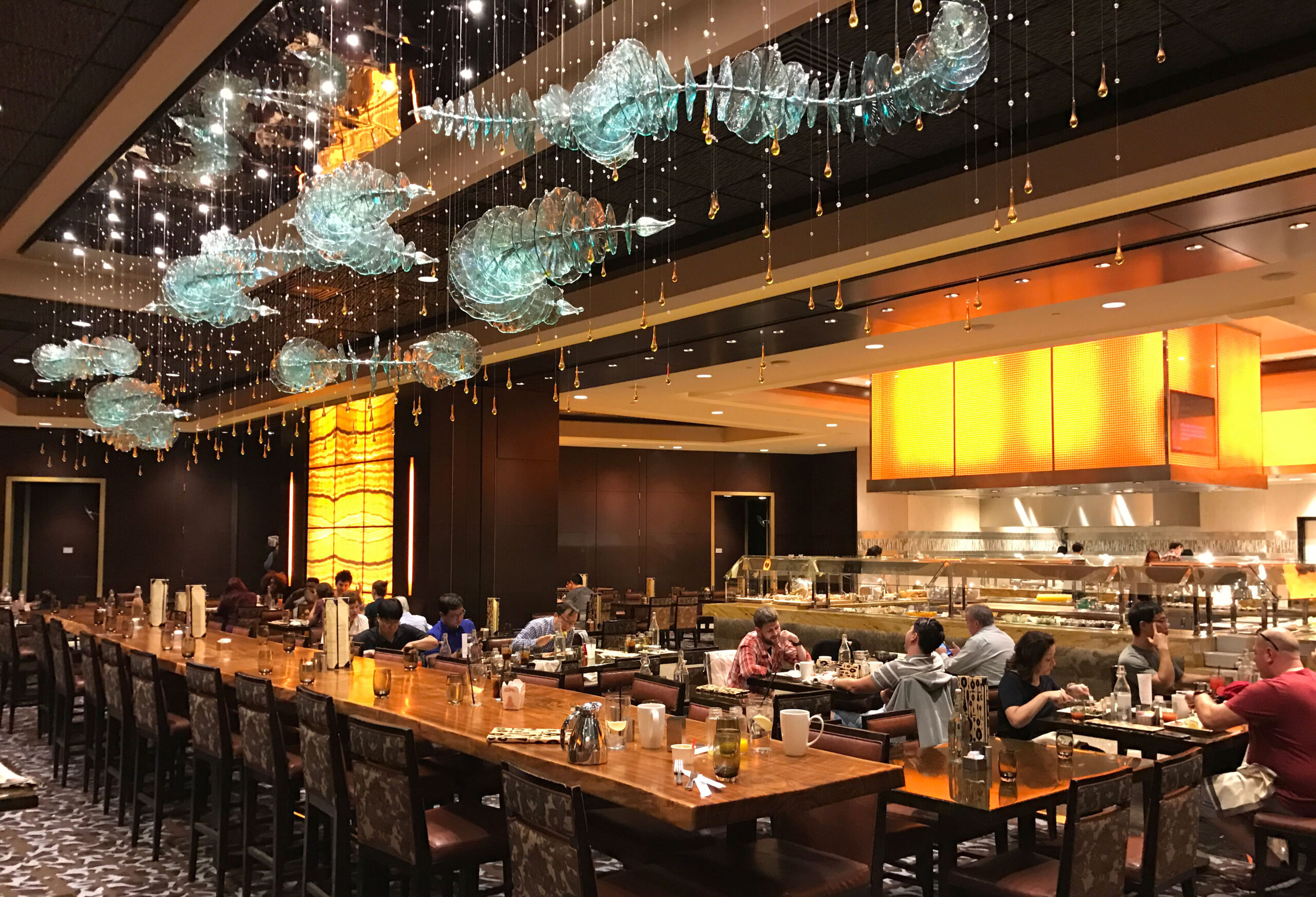 The buffet experience will return to the Las Vegas strip next week with the reopening of Wicked Spoon at the Cosmopolitan. The restaurant opens its doors at 8 a.m. on Thurs., March 25.

It’s the second time the restaurant has reopened after first closing in March 2020 when Nevada shut down all nonessential businesses to slow the spread of Covid-19. It reopened in June 2020 and operated for seven months before shuttering just after the holiday season.

The buffet is staff-served (also known as cafeteria-style), but remains an all-you-can-eat experience. Customers can approach nine dining stations spread throughout the restaurant and staff will hand them pre-portioned dishes.

Capacity is limited to 50% in the restaurant, but that’s a significant improvement from the 25% capacity they were operating at after the state tightened restrictions in November.

Reservations are encouraged and groups are limited to 10 people or less. A two-hour dining limit still remains.

South Point is the only other casino currently offering a buffet.

Although the buffet is a staple of the Las Vegas experience, many buffets are actually a loss-leader for operators, serving as a way to attract guests into casinos rather than making a profit. Caesars Resorts told investors in February that they may never reopen buffets at their properties.

Bacchanal Buffet at Caesars had just begun a multi-million dollar remodel in early 2020 and announced plans to reopen in August, but never did.

Wynn reopened their buffet in June, allowing guests to order dishes directly to their table, but closed indefinitely in September.