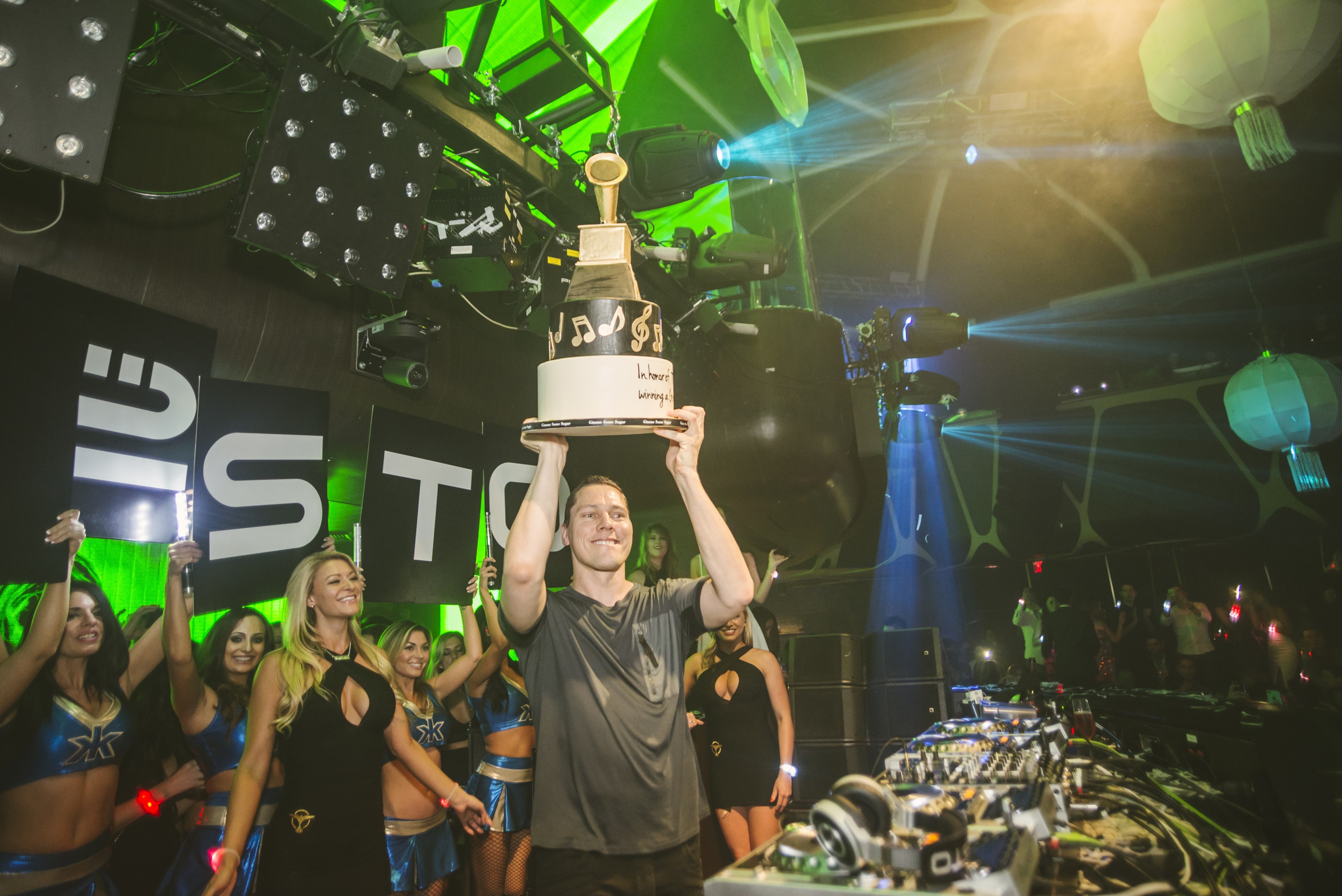 Tiësto was just as much the guest of honor as he was the performer at MGM’s Hakkasan Nightclub last night. Having just picked up his first Grammy award in early February, the nightclub threw a celebration for the Dutch DJ and producer, complete with a red carpet and plenty of cake.

The evening kicked off in the MGM lobby with the broadcast of a video collage of his achievements. As fans arrived, Tiësto offered autographs before Hakkasan Group President Nick McCabe presented him with a custom plaque to commemorate the recent award win and success.

After the formalities subsided, Tiësto entered the DJ booth where he was greeted with a custom multi-tier, award-themed cake. He played a two-hour set before departing around 4 a.m.

Tiësto won the Best Remixed Recording, Non-Classical Grammy for his remix of John Legend’s “All Of Me.” You can find him regularly fulfilling his role as a resident DJ at Hakkasan.