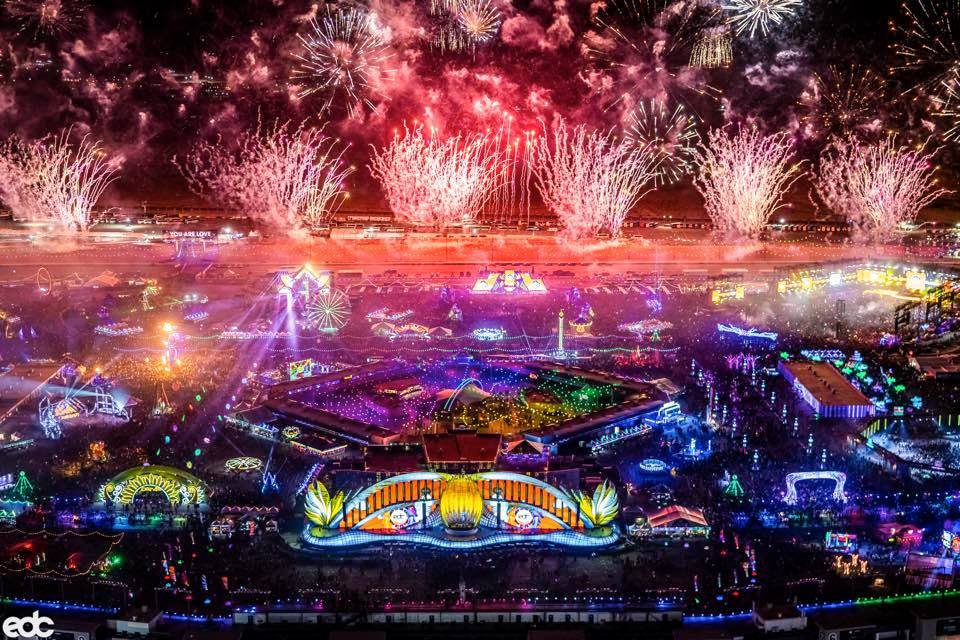 Standard three-day shuttle passes are available for $99 (or via layaway with a $14.99 deposit) and buyers can select from five pick-up locations across Las Vegas. Shuttle passes go on sale at 12 noon PT on Thurs., Feb. 13.

Shuttles provide roundtrip transportation to and from the Las Vegas Motor Speedway, and include direct access to festival gates, a dedicated shuttle route to bypass car traffic, and a security pre-check prior to arrival at the festival. Shuttle stops also include restrooms, air-conditioned tents, seating, and free water.

The five standard shuttle stops are Rio Hotel & Casino, The Strat, Downtown, Mid-Strip, and Tropicana. Shuttles depart continuously from these locations from 6 to 11:30 p.m. Return service from EDC back to each designated shuttle stop begins at 3 a.m. and concludes one hour after the festival’s end each morning.

Aside from standard offerings, a premier shuttle pass allows riders to reserve shuttle departure times to and from the festival each day. Premier shuttles will depart from designated stops to EDC Las Vegas at 6, 8, and 11 p.m. Riders can choose to return from the festival at 3, 4, or 6 a.m. each day. Premier shuttle stops will be located at the MGM Grand Hotel & Casino, Mandalay Place, Luxor Hotel & Casino, Golden Nugget, and Circus Circus.

Premier shuttles passes include a premier merchandise item, start at $209, and go on sale at 12 noon PT Thurs., Feb. 27. 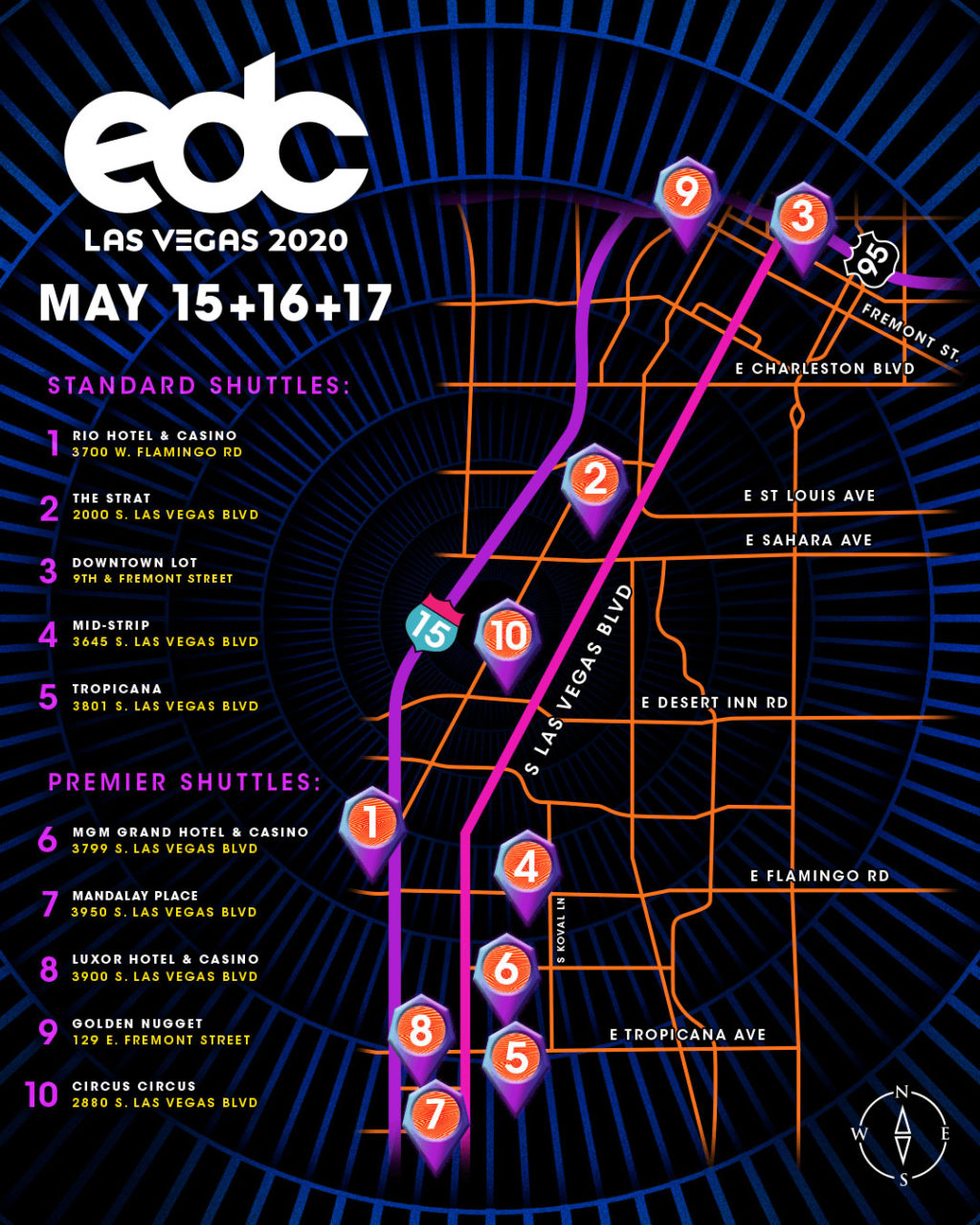