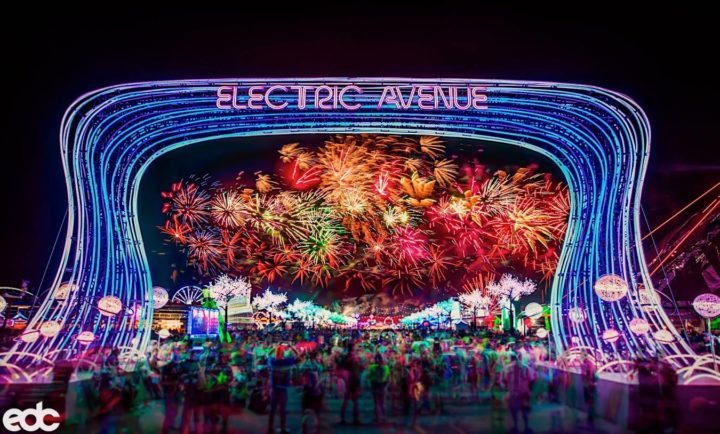 Insomniac Events today revealed the full list of artists who will perform during a virtual edition of Electric Daisy Carnival (EDC) Las Vegas this weekend.

Held during the original EDC 2020 dates of May 15-17, the three-day virtual “Rave-a-Thon” will feature multiple stages with exclusive artist sets broadcasting on two unique channels. Insomniac founder and CEO Pasquale Rotella will host the event, who will interview many of the artists performing and interact with fans tuning in from across the world.

The live stream will run from 5 p.m. to 2 a.m. PT each day via tv.insomniac.com.

Insomniac has also partnered with charitable organization In Place of War to promote Rave Recovery, a relief fund created specifically for dance music fans impacted by the COVID-19 health crisis.

In Place of War “believes that music and the arts can bring peace and understanding to the world’s most harshly impacted communities,” according to a press release. Donations can be made now via insomniac.com/rave-recovery or via donation links on Insomniac’s YouTube and Twitch channels during the event.

EDC Las Vegas was originally scheduled for May, but has been postponed to Oct. 2-4, 2020. 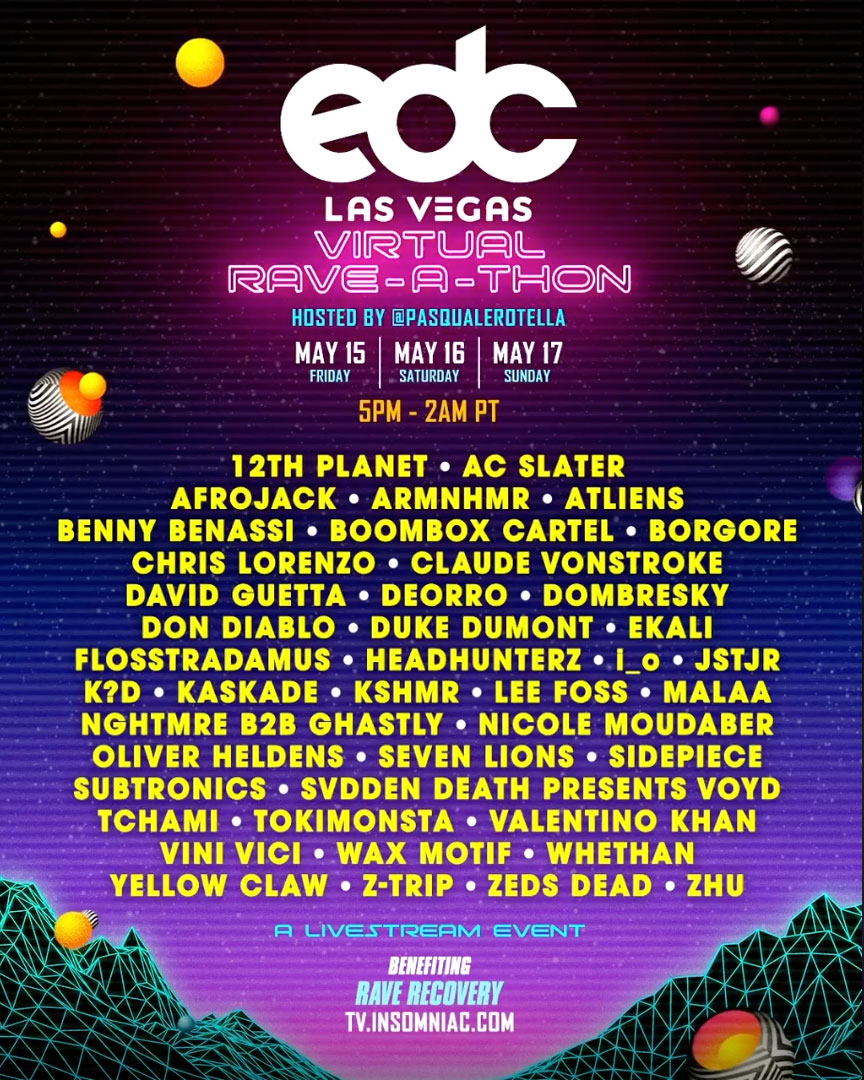