Thoughts from the first night of EDC Las Vegas 2014 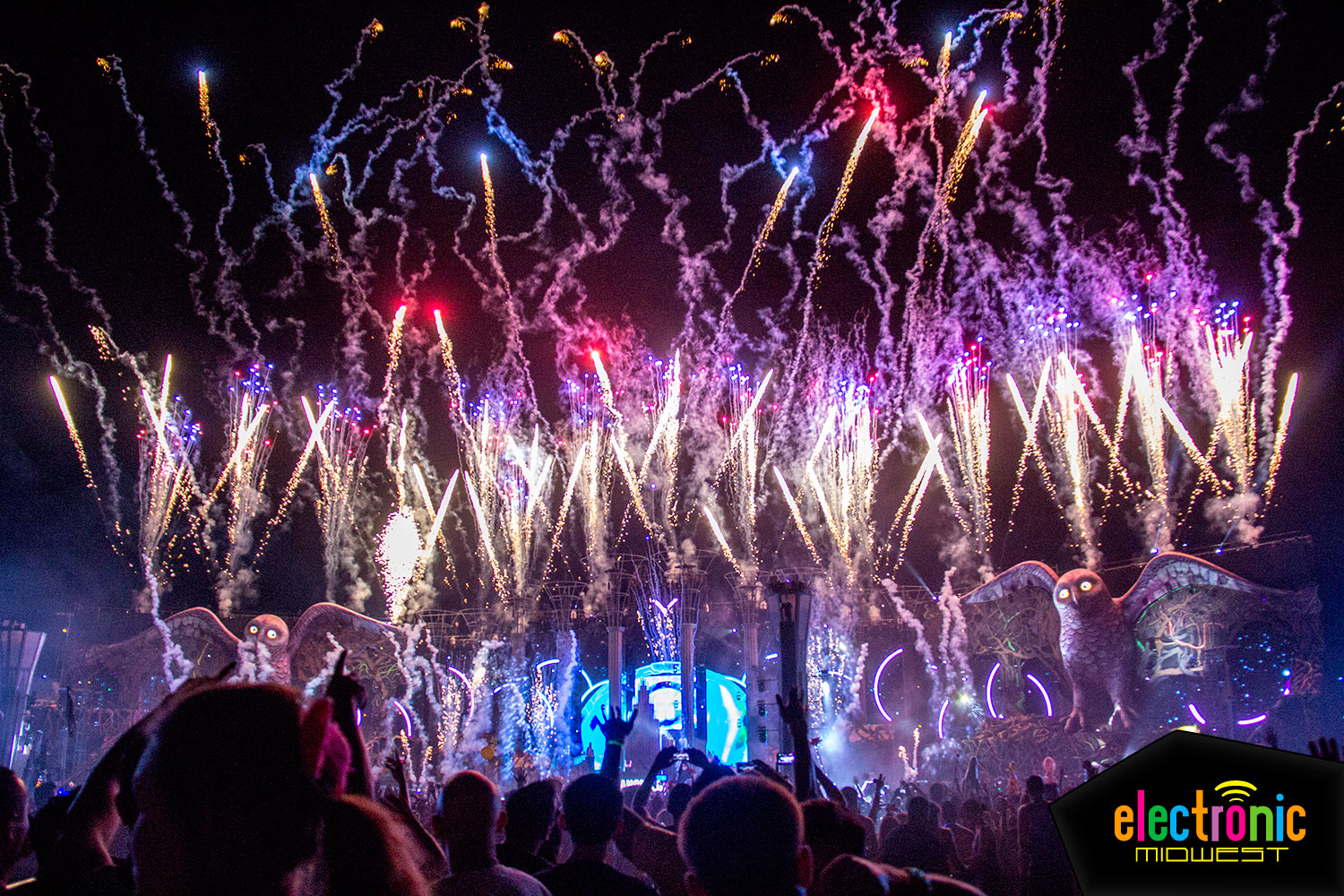 As the sun began to set on Las Vegas late Friday evening, thousands of neon-clad dance music fans began making their annual pilgrimage to the Las Vegas Speedway for the 18th edition of Electric Daisy Carnival.

This year’s crowd is the largest ever to experience the three-day sensory-overload festival.

Insomniac estimates a sold-out crowd of 134,000 fans will meet “under the electric sky” daily. This is up from the 115,000 daily attendance count last year. Insomniac put a surprise batch of tickets on sale earlier this week in an effort to curb ticket scalpers after opening up additional capacity at the Speedway.

And the increase is noticeable.

Traffic en route to the Speedway — even at 7pm — was painful, reminiscent of the 2012 congestion problems we experienced. Flow improved last year but either fans decided to arrive earlier or the existing infrastructure just couldn’t handle the extra 19,000 attendees added this year.

Even shuttle busses — which use a designated private route to whisk fans to the Speedway from various hotels — struggled to keep up. Fans have posted stories on social media of waiting almost four hours at the festival for a shuttle pickup early Saturday morning.

Crowds inside the festival itself seemed only slightly larger and (as is always true with EDC) attendees are beyond polite, so making your way through the grounds is mostly still a pleasant experience.

The eight stages were physically positioned similarly to last year, with the addition of the 7UP-sponsored “Stage 7,” placed near the massive Kinetic Field.

Nicknamed “Kinetic Cathedral,” the main stage features a cathedral theme, complete with a pipe organ DJ booth backdrop, digital stained glass panels, and two massive diety-like owls on each side of the stage.

It brings to life words we’ve seen plastered across banners and totems at other events: “EDM is our religion and this is our church.” 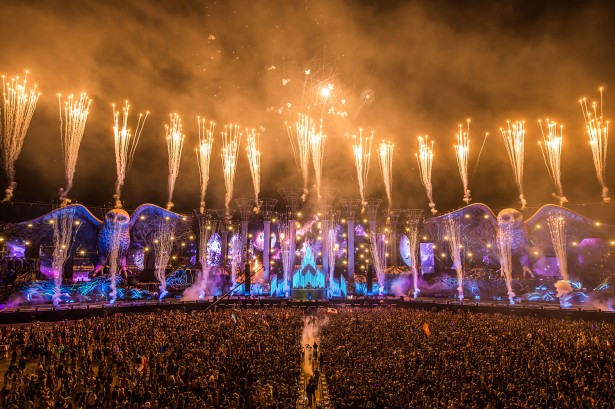 Unknowing bystanders could conclude the crowd has assembled to worship the majestic owls in some sort of dramatic bass-thumping, strobe light ritual.

The drama was accentuated with over-the-top transitions between DJ sets with orchestrated music, scruffy costumed performers, and ominous voiceover — eerily similar to skits seen at Tomorrowland and TomorrowWorld.

Kinetic Field’s design elements overall seemed to take a great deal of inspiration from the Tomorrowland franchise, complete with multiple water fountains and plenty of pyrotechnics. Though Insomniac has always brought plenty of fireworks to the carnival, most evident during the nightly 360-degree fireworks show at 2:30 a.m.

The grounds are again sprinkled with 20+ art cars and installations (many of Burning Man fame) and even more carnival rides, all included in the price of admission. More on those later — simply exploring the stages took all our time on our initial visit. 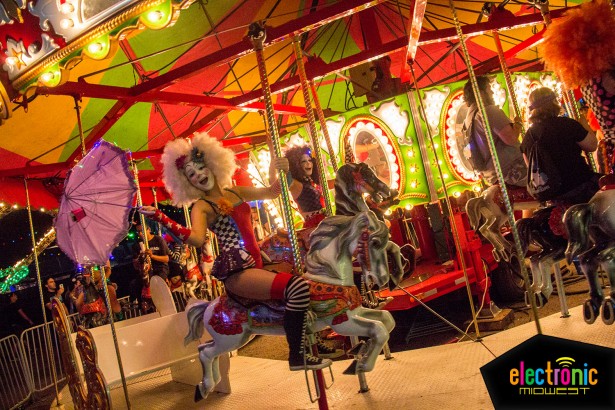 We’ve experienced improved cell phone service at other festivals so far this year, and EDC was no exception. But the free Snapchat-provided WiFi network that promised exclusive access to their messaging service and the Insomniac app clearly couldn’t keep up with demand. The networks were discoverable but refused to allow users to successfully connect.

For those who did find a signal, Snapchatters were able to contribute to the new “Our EDC Story,” a new crowd-sourcing feature debuting at EDC. It allows fans who are physically located at the event to add their own photos and videos to a collaborative story, which can also be followed by users at home.

Fans who couldn’t make it to this year’s event can also watch video streams from select DJ sets and other feature content via the new EDC Curated experience. The stream is scheduled to be up from 8:30 p.m. to 8:30 a.m. Pacific during each day of the festival, though video from the festival didn’t begin until 10:30 p.m. last night.