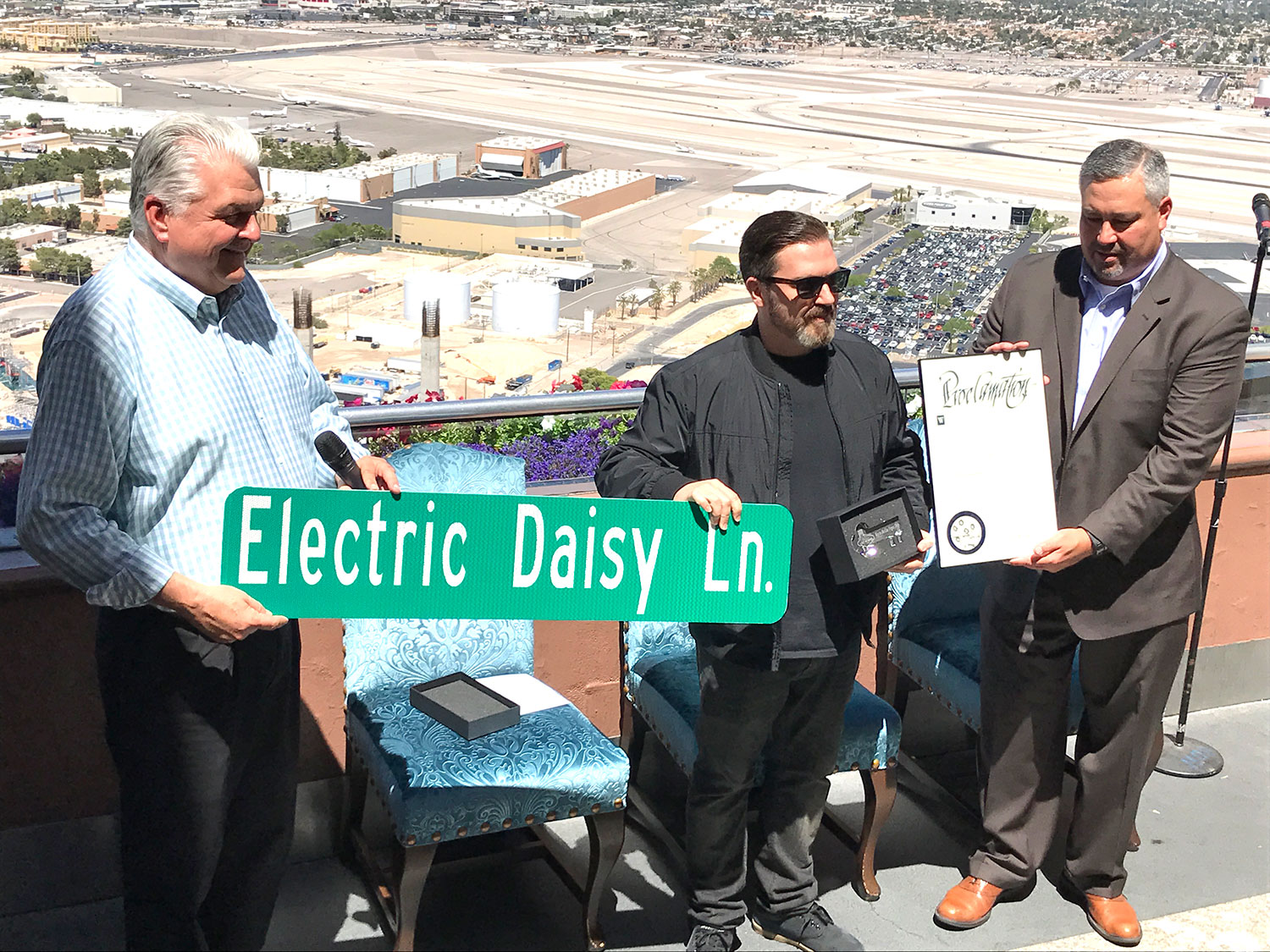 The news was shared at a press conference held this afternoon at the Foundation Room on the top level of Mandalay Bay. EDC and Insomniac Events founder Pasquale Rotella received a “Key to the Strip” and was presented a proclamation officially recognizing this as EDC Week.

A street sign will be temporarily installed at the corner of Las Vegas Blvd and Mandalay Bay Road (Hacienda) through the end of the festival on Monday, June 19.

This is EDC’s 21st year, and the seventh to be held in Las Vegas. Since its move from Los Angeles in 2011, EDC has become a staple Vegas event that has infused almost $1.3 billion into the local economy. The festival and its many EDC Week parties at the Strip’s dayclubs and nightclubs are expected to attract over 400,000 from North America and 50 countries.