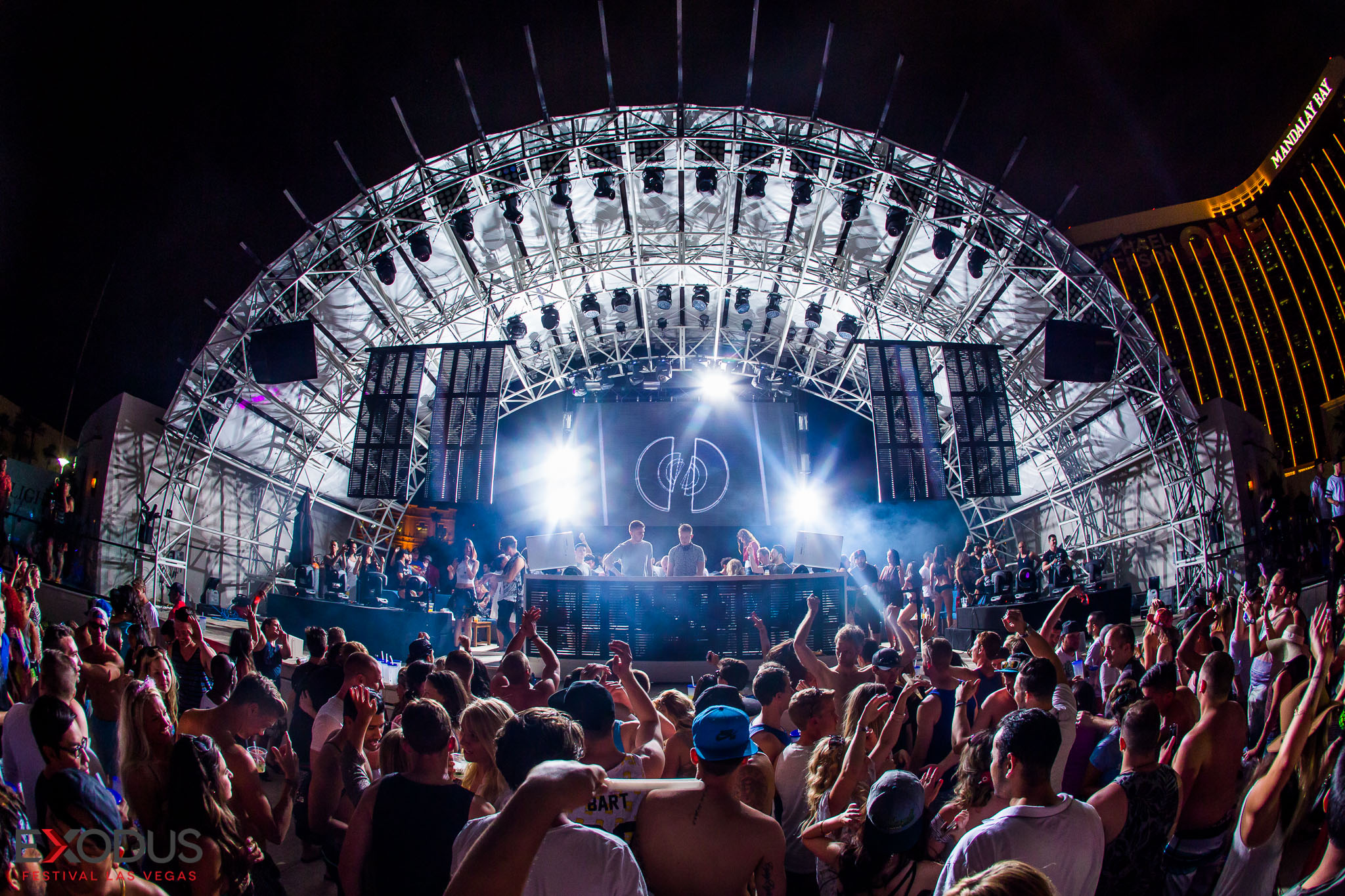 Exodus Festival Las Vegas organizers have revealed the list of venues who will host 10 parties over five days during the seventh annual event, set for May 19-23, 2016.

Like any other festival, Exodus Festival will be held across multiple days and will include performances from some of the top DJs in the world of dance music. But instead of being held at one location, the party is spread throughout eight top-tier dayclubs and nightclubs across the Las Vegas Strip.

One pre-paid festival wristband provides you a full VIP Vegas nightlife experience. You won’t have to worry about guest lists or tickets and will even enjoy expedited entry to each event with an exclusive “Exodus Express line.”

The list of performing artists at each event will be announced in early 2016.

Exodus Festival Las Vegas all-access wristbands (giving you access to all ten events) start at $49.99 for ladies and $99.99 for men. Wristbands can be purchased here. The festival wristband is a true bargain considering single tickets to a nightclub or dayclub can range from $30-100 per event.

Exodus Festival originally started at a Canadian escape to Las Vegas during the Victoria Day holiday but today hosts thousands of dance music fans and partiers from around the world throughout the five-day multi-venue event.

Here’s a look back at the recap video from the 2015 event: