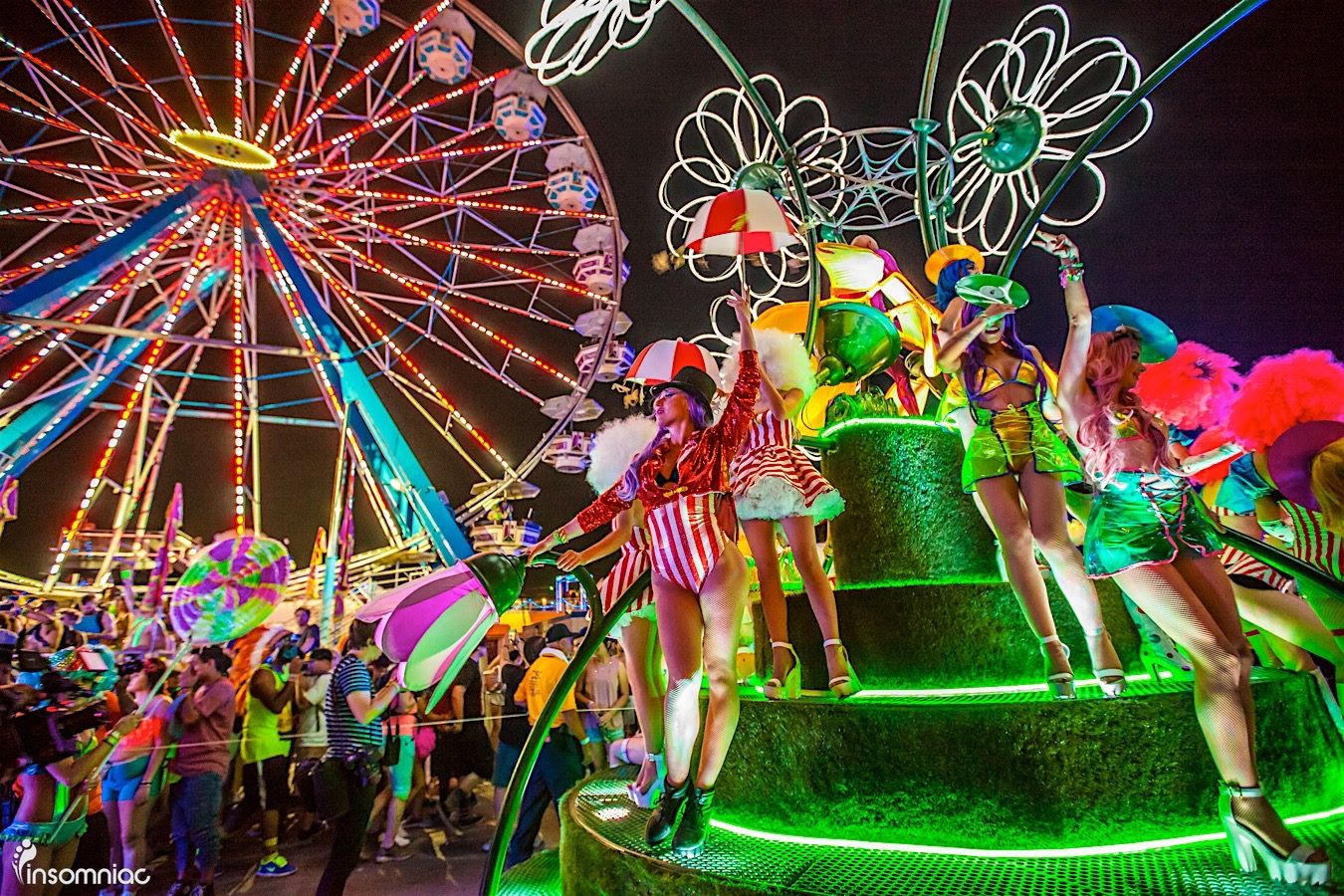 Each year hundreds of thousands of fans descend upon Las Vegas for the Electric Daisy Carnival (EDC) and with this year marking the festival’s 20th anniversary, there’s no question this weekend will be EDC’s most extravagant and surprising edition yet.

Produced by Insomniac, the yearly celebration of life, music, and individuality is just days away from opening its gates at the Las Vegas Motor Speedway on Fri., June 17. With plenty of tricks up their sleeves, Pasquale Rotella, EDC’s founder, and his team have revealed a few of the surprises fans can expect at this year’s festival.

From upgraded amenities and branded stages to new sustainability features and never-before-seen art, here’s a taste of what you can expect at this year’s EDC Las Vegas:

EDC20 goes green! Festival food vendors will have their cooking oil transported and converted it into usable biofuel.

Tie the knot at one of two new EDC Wedding Chapels: The Chapel of Nature (organic and earth-inspired) and The Chapel of Future (modern technology themed).

For the first time, fans will be able to ride with Uber to and from EDC Las Vegas by car or chopper. A private Uber Lounge providing charging stations, shade and tunes will keep fans cool while they wait for their ride.

Explore EDC Town in the grassy area near cosmicMEADOW, where headliners can take classes at the Little Red School House, catch a magic show at EDC Theater or grab a drink at the EDC Saloon.

Insomniac encourages fans to make their voices heard this election with voter registration available inside Carnival Square at the HeadCount booth.

Be sure to grab a copy of this year’s festival guide, which also doubles as Insomniac Magazine, for a special collector’s item featuring festival essentials, exclusive photos, behind-the-scenes content and more.

Vape Village welcomes all vapers to EDC Las Vegas with an array of premium liquids and name-brand vendors available to fill any empty pen, eGO device, mod or AVP.

Free high-speed WiFi will be offered for quick uploading and convenient communicating at the centrally located Carnival Square.

The Music and Production

Insomniac’s premier trance brand, Dreamstate, will host a dedicated day at the circuitGROUNDS stage for the first time at EDC Las Vegas.

The EDC Parade returns, bigger and better than ever! The grand procession will weave through the festival each night near midnight with four brand new art cars, joining the fleet of 15 whimsical vehicles, and new, costumed performer groups, with many more surprises.

The environmentally conscious nonprofit organization, Global Inheritance, will remind fans to keep Mother Earth in mind with a brand new Live Recycling Bin Painting art project, in addition to the return of the TRASHed Recycling Store.

A new Art Car will join the roaming, weaving, fire-breathing family! Look out for Heathen & Kaliope, a giant red unit on wheels that resembles a fire truck and an animal circus cart all in one.

New performer troupes will surprise and delight guests as they dance among the crowd dressed as Fire Phoenix Stilters, Sunshine Harleys and Deep Sea Sirens.