20 Years of Dancing: A look at the history of the Electric Daisy Carnival 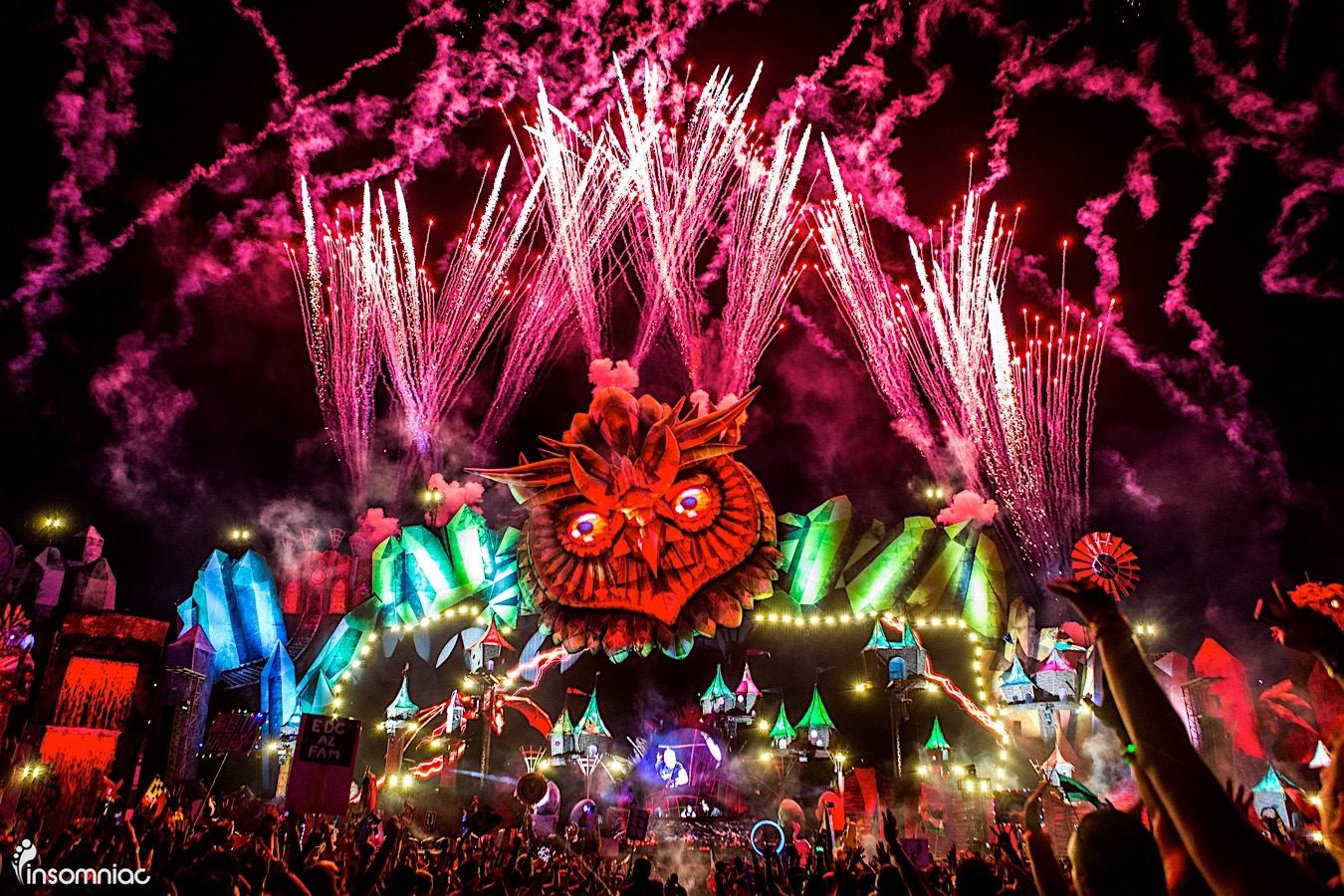 As thousands of dance music fans begin finalizing their packing list for the 20th anniversary of the Electric Daisy Carnival (EDC), a crew of Insomniac’s dedicated team is working around the clock to put the finishing touches on what’s expected to be the most spectacular edition of the three-day celebration yet.

With just days until the festival gates to the Las Vegas Motor Speedway open for the first time, it only seemed appropriate to take a look at the passion and history behind North America’s largest music festival.

EDC has come a long way from its humble beginnings in Southern California. From the single stage at the first edition of the festival in 1997 to the seven stages that will be scattered throughout the Speedway, the journey to EDC’s 20th edition has been filled with plenty of ups, downs, twists and turns.

Creating an immersive environment has always been one of Insomniac’s top priorities and it was no different in the festival’s early days. Even the very first EDC featured heightened décor with illuminated daisies and a 360-degree platform in the middle of the dance floor for the 6,000 attendees to engulf the event’s single stage.

Now, not only has the festival expanded to seven stages, each featuring one-of-a-kind designs, but the grounds of the Speedway are completely transformed to a brightly shining world of neon and flashing lights.

Even within the six years EDC has been in Las Vegas, the production value of the festival has grown exponentially with the introduction of thematic stages in 2013. Now, fans can wander to kineticFIELD to be welcomed by a 100-foot tall owl or 440-foot wide cathedral, giving a whole new meaning to going to church.

Art installations have become a staple throughout the grounds of EDC. From fire-breathing serpents and towering gardens to live graffiti murals and twisting wooden structures, the level of art displayed at the festival is unparalleled.

Before the days of working with artist such as Flaming Lotus, Poetic Kinetics or Robert James Bucholz, the art on display at EDC was created by the company’s founder, Pasquale Rotella, and his loyal team.

The festival has featured inspiring works of art throughout its years such as “Wish,” the illuminated 50-foot sculpture of three dandelions, “The Rabbit Hole,” a progressively shrinking tunnel with 4,000 feet of shimmering lights, and the “EDC Caterpillar,” which towered over fans at 37-feet tall and used projection mapping to light up the sculpture.

Southern California will always be home for Insomniac but EDC has left the hills of Los Angeles and ventured off to lands far and wide.

The festival’s first move for EDC came in 2001 when it expanded to Texas. Then in 2011, following a very dramatic year in Insomniac history, the Electric Daisy Carnival found a new home at the Las Vegas Motor Speedway. Since its move to Sin City, the EDC brand has multiplied into destinations such as New York, Chicago, Puerto Rico, Brazil and the United Kingdom, with plans for expansion into Japan also discussed.

As the excitement around this year’s festival continues to build in the days leading up to EDC, fans can expect to be wowed with great performances by their favorite artists, brand new stage designs, art cars, and more.

The Electric Daisy Carnival kicks off on Friday, June 17 at the Las Vegas Motor Speedway.