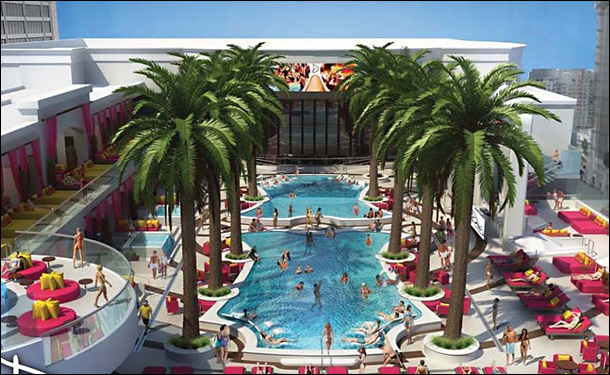 Drai’s Beach Club and Nightclub, the around-the-clock social venue set to open Memorial Day weekend at The Cromwell hotel, will welcome a diverse group of EDM talent in its opening season.

Positioned on the rooftop of the new 11-story Cromwell boutique hotel (formerly Bill’s Gamblin’ Hall), Drai’s Beach Club and Nightclub will have the capacity to welcome up to 4,500 guests in the 65,000-square-foot space.

Victor Drai, the man behind Drai’s and the original visionary for XS and Tryst, says this will be one of his best creations yet.

“We are creating a 360-degree experience,” said Drai in a February press release.

“Wherever you turn, you will be awed by the design, the technology, the music, the service and, most importantly, the experience. We have designed the club to be visual, sensual, sexy and social.”

In true Vegas style, the $85 million megaclub will be open around the clock, offering a pool party experience from sun up to sun down and a complete nightclub experience for the hours in-between.

In addition to the rooftop experience, the popular Drai’s after-hours club (typically open from 4 a.m. until the early daylight hours) is also undergoing a slight renovation and will reopen in its original space in the hotel basement.