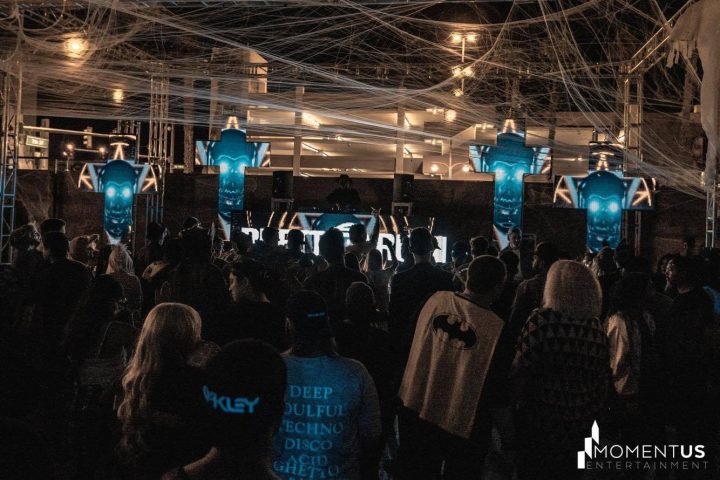 A new season of SoundYard returns to Place on 7th in Downtown Las Vegas. The two-part series kicks off with party animals Cut Snake featuring support from Brazilian producer Ciszak on Fri., March 17, followed by a back-to-back set from Main Course Media operators Bot and Astronomar on Thurs., March 30.

Season two of SoundYard comes to life as a pub crawl on St. Patrick’s Day, and what better way to celebrate the boozy holiday than by gallivanting through Downtown Las Vegas’s most popular bars. The pre-party adventure starts with check-in at Turmeric then hits RED*DTLV and Backstage Billiards before settling into Place on 7th.

Australian-duo Cut Snake will not only bring groovy house beats to their debut performance at SoundYard but the guys are also a spectacle to be seen. Their high energy, both through the speakers and on stage, is infectious and radiates with fans across the dancefloor.

Setting the stage for Cut Snake is Dirtybird Records’ rising star Ciszak. His latest hit on the music label, “I Want,” has been a total banger since its release in 2016. Ciszak’s unique blend of house and tech house paired with Cut Snakes sultry sounds will give SoundYard fans a night of wild St. Patrick’s Day shenanigans.

The party continues on Thurs., March 30 with a special back-to-back performance by Bot and Astronomar. The producers bring a mix of bass heavy house beats with hip-hop influences. Both artists have been featured on popular labels such as Steve Aoki’s Dim Mak and AC Slater’s Night Bass.

Warming up the night is London-native PAWSA, who brings his signature tech house vibes to venues all over the world. PAWSA has received support from industry veterans like Green Velvet, Nicole Moudaber and Adam Beyer, and has locked down residencies at international dance music destinations throughout Europe.

Tickets for both events are now on sale. Fans looking to catch both nights can take advantage of the SoundYard season pass, which bundles tickets for admission into both nights. For more information and tickets, check out the official event pages on Facebook: