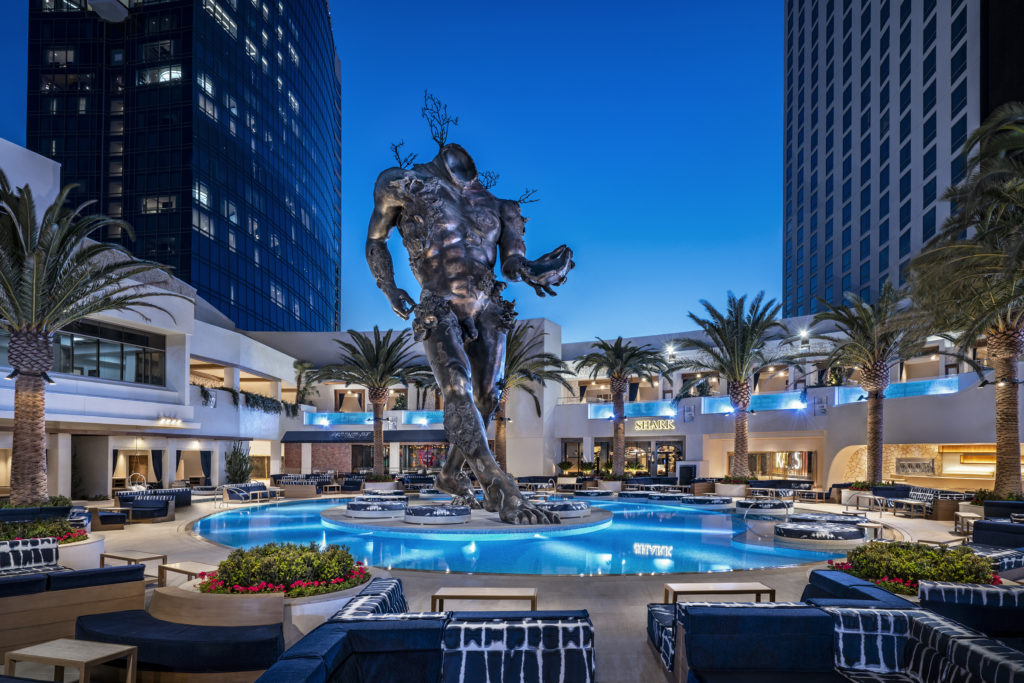 Palms Casino Resort’s new Kaos Dayclub and Kaos Nightclub continue to up the ante with today’s announcement that Marshmello has signed a new two-year residency deal. The deal is worth more than $60 million, according to Billboard Magazine sources.

Also added to the Kaos 2019 talent roster are Jauz, Slushii, and Southside (see announced dates below). They join an already impressive list of residents including Skrillex, Kaskade, Above & Beyond, G-Eazy, and Cardi B.

Marshmello and Slushii both previously held a residencies with Wynn Nightlife, and Jauz regularly performed at Hakkasan and Omnia.

The opening of Kaos Dayclub and Nightclub was announced in January and is the result of a $690 million complete renovation of Palms Casino Resort. Aside from the A-list artists taking up residency, the entertainment complex will feature state-of-the-art production, including a rotating 360-degree DJ booth and the largest LED screen in Las Vegas.